Evidence that He Puapua is under way

Despite national publicity about what was a covert plan, named He Puapua, to set up two governments in New Zealand, one for Maori and one for everyone else, most are unaware of how far this plan is progressed. Three WatersThe evidence comes from the He Puapua plan itself which may be downloaded by going to Reject co-governance and clicking on Click here to see the uncensored plan (in red). 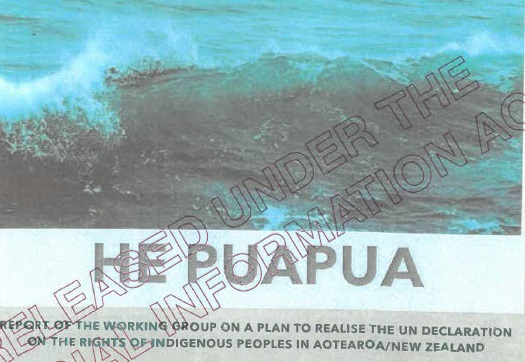 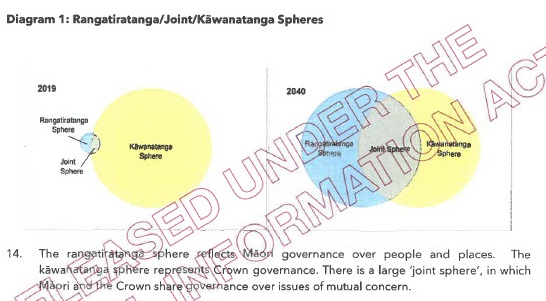 Under tribal rule: This is detailed on Page 14 of He Puapua under the subhead “Crown accountability”. This says that “the Crown will continue to be held to account to its realisation of the declaration (which is being done via the He Puapua plan) by the Expert Mechanism on the Rights of Indigenous Peoples, the Special Rapporteur, other UN bodies, and the Human Rights Council’s period reviews”

Maori are to lead engagement: Maori are intended to lead the engagement with first meetings to be held with Iwi Chairs, Maori Council, National Maori Women’s Welfare League, National Maori Urban Authority, and Whanau Ora agencies. See Page 19. Alongside this will be public education (Page 20) which most likely along the lines of the “public education” propaganda associated with promoting the Three Waters Plan. See Three Waters

History curriculum is viewed as groundwork for constitutional change (P37-p38). A draft grievance history curriculum has been prepared and will be rolled out in 2022. See NZ history launches .

Tribal borders: Page 65 advocates law changes that would enable Maori to control access to and management of all lands and resources within their districts. During the Level 4 lockdown in 2020 we heard iwi start to talk about “their borders” and iwi set up Covid-19 checkpoints and police refused to do anything about them. See Tribal borders

Maori seats:  He Puapua wants them entrenched. See Page 46. There has already been and attempt to entrench the Maori seats, but the bill was withdrawn. See Proposed law

Maori wards: The plan advocates changing both the Local Government Act 2002 and Local Electoral Act 2001 to enable the creation of Maori wards (See Page 47). This was done on February 24, 2021. See Marathon opposition

Biodiversity: He Puapua recommends a joint sphere of management and governance of resources. This policy is being promoted in the government's Biodiversity strategy. The government is now requiring all Ministers to review those aspects of their portfolios that relate to the protection and promotion of biodiversity or that pose risks to biodiversity and ensure that the relevant government agencies are engaged in implementing Te Mana o te Taiao strategies. See Implementing He Puapua

Water: The year 2025 is the deadline for Maori to be awarded title to fresh water, according to Page 66. The Three Waters Plan gives iwi groups 50 percent control of decision-making over the infrastructure and management of three waters throughout NZ. See Make water reforms mandatory