Tens of thousands of farmers jamming 57 towns with utes, tractors, and harvesters on Friday was by far the news story of the week.

It was mainly about unnecessary freshwater policy, the ute tax, Government inaction over allowing entry for overseas workers, climate doom policies like the Emissions Trading Scheme, the grab for so-called Significant Natural Areas and a plan to protect indigenous biodiversity, both on private property, and the Crown Pastoral Land Reform Bill concerning high-country farms.

But there were some signs, such as those shown, which indicated that some of those involved were also worried about He Puapua and its implications. The presence of such signs triggered reactions from some Maori MPs.

The protest shows an escalating unrest over a myriad of changes done without consultation which undermine the democratic process and disregard individual rights.

The He Puapua plan proposes two separate governments as the only way to implement in New Zealand the United Nation’s Declaration on the Rights of Indigenous People.

The plan that was commissioned by a Government that claims to stand for openness and transparency was not publicly released and was not even made available to Labour’s coalition partner New Zealand First. The full report was only released after a request from the public under the Official Information Act

Our petition against the separate governments plan has picked up around 9000 signatures. If you have not done so already, click here to sign  Reject co-governance 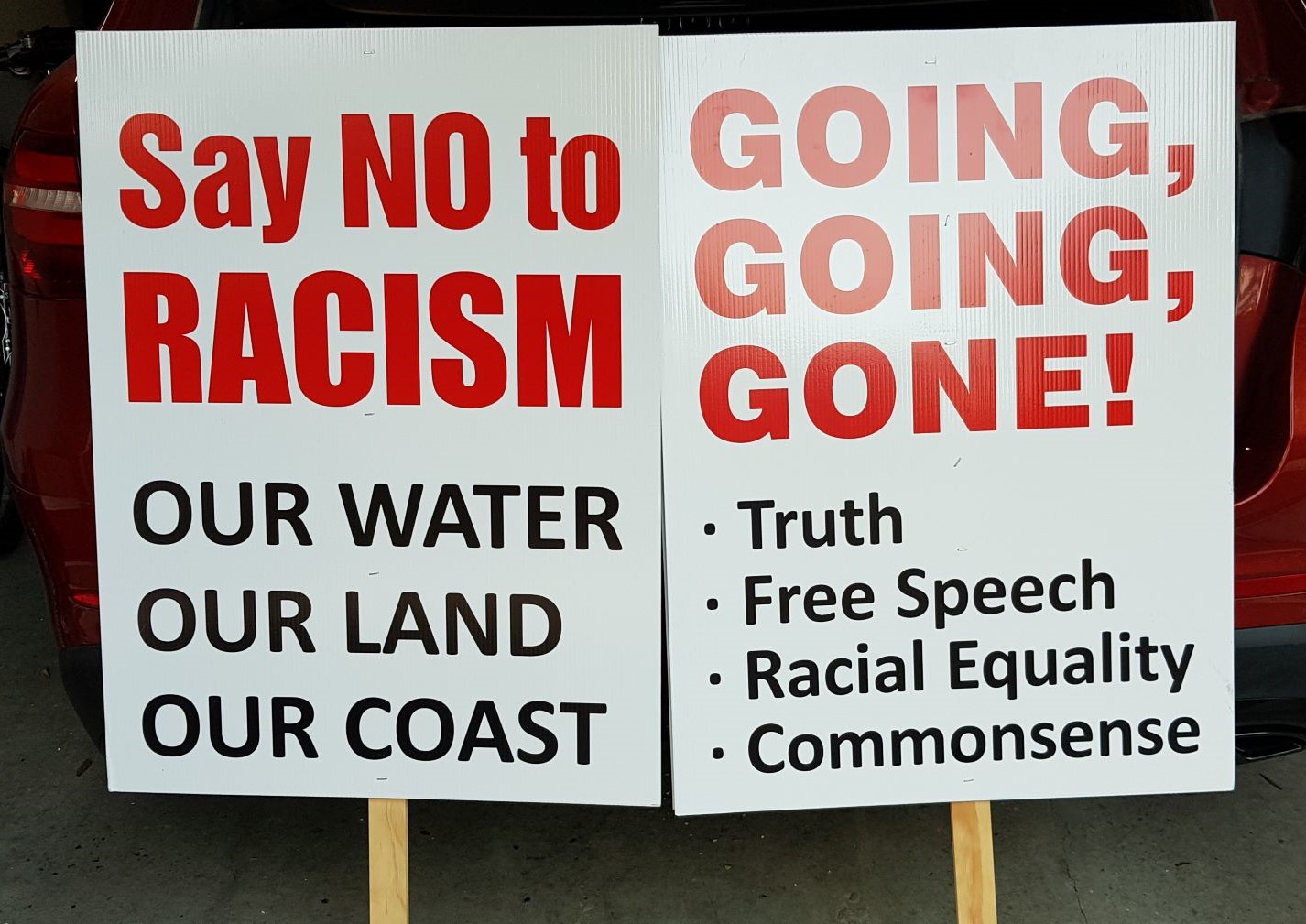 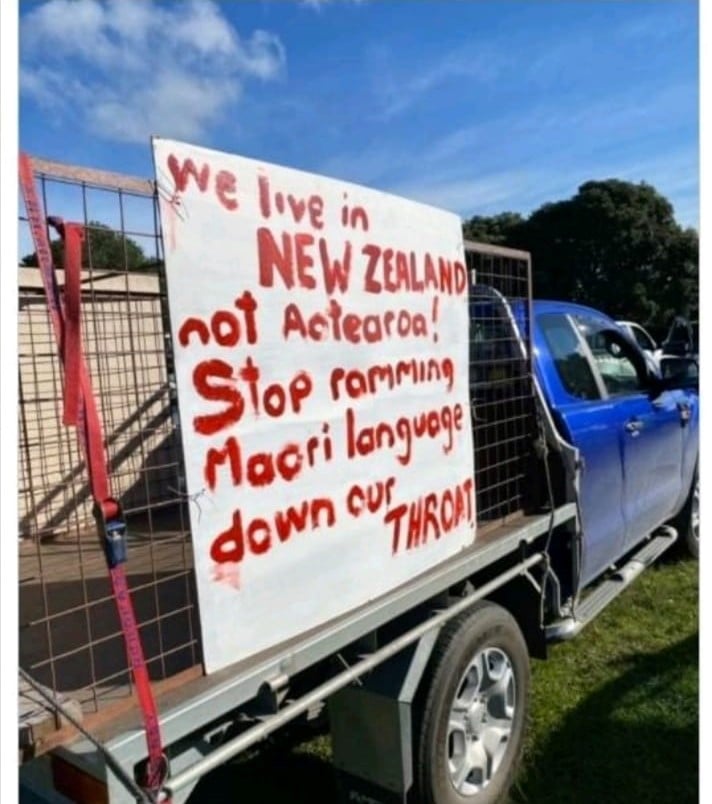 Learn how to counter limits to free speech

The proposed hate speech reforms are dangerously vague and there is no clear outline on how they should be applied, according to Jonathan Ayling who is campaign manager for the Free Speech Union.

Mr Ayling, a former parliamentary advisor, said that each of the six proposed changes further erodes our freedom of expression and presents a material threat to free speech.

The Ministry of Justice has called for New Zealanders to submit on these proposals, and that is exactly what we must do, Mr Ayling said.

Mr Ayling will speak on the dangers of these proposed changes and give insight into how best to influence Government decisions on this at 7.30pm on Wednesday, July 28, at the Western Springs Garden Community Hall, 956 Great North Rd, Auckland.

Our petition which asks Parliament to amend the Marine and Coastal Area (Takutai Moana) Act 2011 to restore public ownership of the coastal area, put all claims through the High Court, and repeal customary marine title, while affirming customary rights has picked up around 37,500 signatures. We need your support. The petition may be signed at https://www.change.org/beaches4all