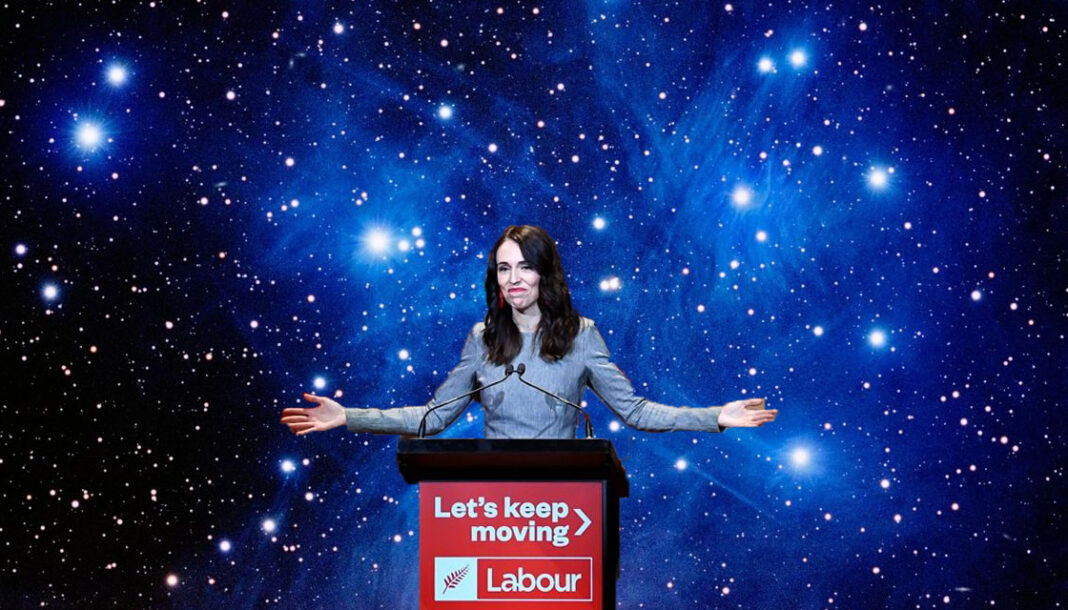 Last Monday, Prime Minister Jacinda Ardern said she had “listened to Kiwis” and will make Matariki a public holiday from 2022 if re-elected. The Kiwis she had listened to were the 30,000 who had signed two petitions calling for Matariki to become a public holiday. Launched by Action Station and New Zealand Republic, these online petitions were handed to Labour MP Paul Eagle on Friday night, July 24. There were also the 630 people polled by the Labour Party’s research firm, UMR, in July, who backed a Matariki holiday.

A push to mark Matariki has existed since 2001, when the Maori Language Commission began to use it as a focus for Maori language regeneration.

A Waikato University Maori and Indigenous Studies professor, Dr Rangi Matamua, added “Maori astronomy” to his interests and in 2017, he published Matariki – the star of the year.

However, it appears little is known about the historical “Matariki”. The blurb of Matamua’s book says that unanswered questions are: What is Matariki? Why did Maori observe Matariki? How did Maori traditionally celebrate Matariki? When and how should Matariki be celebrated?

Debate after Ardern launched her Matariki holiday policy focussed on the $200 million cost and whether it was appropriate to require employers to pay their staff for yet another holiday while reeling with the economic carnage caused by the Government’s reaction to Covid-19.

Hobson’s Pledge supporters would wonder whether setting up a public holiday to promote Maori language is a giant step too far.

Would observing Matariki help boost the Maori language? Considering that only 3.7 percent of the New Zealand population can speak it, rational voters may conclude that the 50-year push to resurrect Te Reo has not helped and a public holiday in its honour would probably also make little difference.

Having said that, the proposal should be evaluated for what it actually is, which is populist virtue signalling during an election campaign.

The Dr Matamua pushing Matariki is part of a campaign against plans by Waikato University to turn the Maori and Indigenous Studies Faculty into a school under Social Sciences, rather than remain a standalone faculty.

Announcement of the proposal two years ago prompted a protest outside the vice-chancellor's office. Two weeks ago, six academics penned a 13-page letter to the Ministry of Education alleging “structural and casual racism” within the university.

They threatened to take a claim to the Waitangi Tribunal.

After initially publicly rejecting the allegations, the university announced an independent review, to be led by the husband and wife team of Sir Wira Gardiner and Hekia Parata.

Dr Matamua, whose MA thesis focused on traditional Tuhoe weaponry and whose PhD examined the role of Maori radio in Maori language revitalisation, said: "We feel marginalised, invisible” and “I don't feel this is a culturally safe space” and “just seven per cent of professors out of over 100 at the university were Maori”.

Hobson’s Pledge supporters are probably wryly amused with allegations that Waikato University is racist. A number of students regard Waikato as among “PC woke universities”.

Besides, Maori studies originally came from anthropology. The university appears to be restoring the Maori and indigenous studies academics to their rightful position.

Our petition which asks Parliament to amend the Marine and Coastal Area (Takutai Moana) Act 2011 to restore public ownership of the coastal area, put all claims through the High Court, and repeal customary marine title, while affirming customary rights has picked up 25,037 signatures. We need your support. The petition may be signed at https://www.change.org/beaches4all Even if you have signed, you may follow the link to ask your social media friends to sign to.

Fletcher Building appears crippled by a Maori claim and Government inaction over private land at Ihumatao earmarked for housing. Our petition for the Government to allow both Te Kawerau a Maki and Fletchers to proceed with their lawful business has collected 3075 signatures. If you have not done so already, please sign our petition at  http://chng.it/xPN6P55k