Minister for the Environment Dr Nick Smith and the National - Maori Party Coalition passed the Resource Legislation Amendment Bill through Parliament with a single vote majority on the 7th April 2017. This was despite offers of support from New Zealand First and ACT to enable much needed reforms without being held to ransom by the Maori Party.

Don't take National's words on what the iwi clauses pose. Don't even take ours. Instead read this series of Maori Party Facebook clippings. They're laughing at National and they spell out the tribalist agenda with devastating clarity. 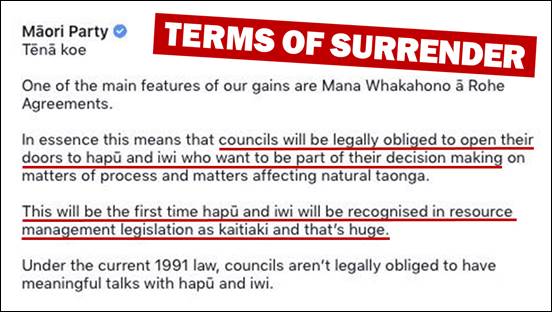 The Resource Legislation Amendment Bill will oblige all local body authorities to enter "iwi participation agreements" (Mana Whakahono a Rohe Agreements) with a multiplicity of tribal trusts in their area. Iwi Participation Agreements will enable tribes to fast-track their plans to become resource consenting authorities for the management and control of fresh water and other natural resources in their area.

One of the key drivers to the review of the RMA was to deliver a reduction in the bureaucracy and costs associated with development of land and effective use of resources. Yet at a time where housing is such a critical issue for all New Zealanders, these clauses will achieve exactly the opposite of what was intended in RMA reform by slowing the process, complicating the decision making and increasing costs. 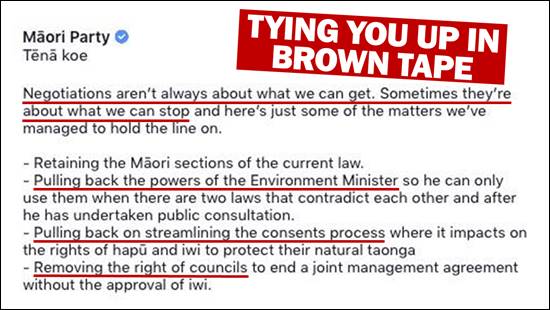 The majority of New Zealanders oppose laws granting special rights to a race based elite.

Please help us by emailing National Party MPs to let them know what you think about them passing the Iwi Participation Clauses in the RMA. Remind them that there is an election in September and you won't be supporting them. 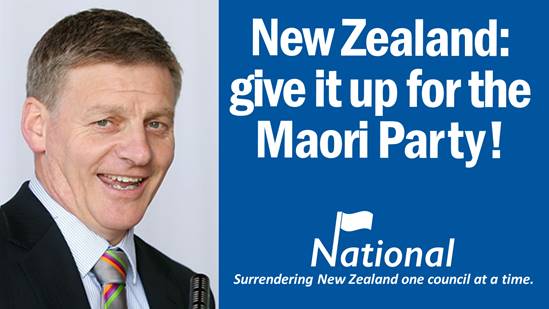 Reasons to demand the removal of Iwi Participation Agreements from the Resource Legislation Amendment Bill before it is too late:

Your emails will make a difference.

1. "An Abomination of a Bill", by Muriel Newman

3. "The Smith Reforms", by Michael Coote