The Water Services Bill (the Bill) currently making its way through Parliament has much to commend it. Most New Zealanders want the quality of our freshwater and drinking water to be maintained to a high standard throughout the country. Similarly, most would support the prioritising of wastewater and stormwater infrastructure and maintenance to an equally high standard. These are absolute basics in any first world country.

Brash: Water report another reason why Tribunal should go

Candidates are holding meetings up and down the country. We thought we would put together a few questions to ask your candidates. Go to a meeting and see how many you can get a response on. You may email candidates in your area. Let us know how you get on.

The tribal claim for water ownership 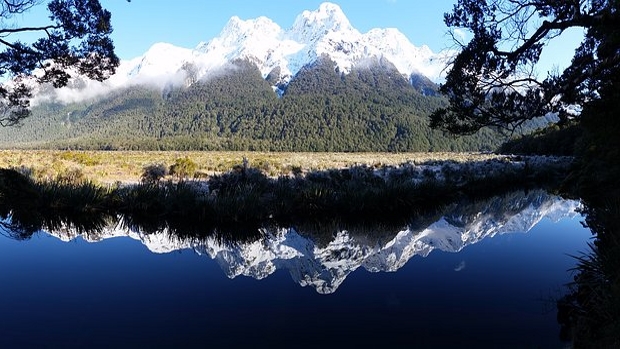 Iwi are now not talking about [water] ownership, Freshwater Iwi Leaders Group technical adviser Tina Porou told a water symposium in Havelock North on June 2, 2017. However, just two years ago her group took a roadshow around New Zealand garnering support for the steps iwi would take to gain ownership of water, which were to:

Whenever the issue of the ownership of a resource comes up, a Maori claim for a share of that ownership appears. We have seen this with fisheries, forests, even electromagnetic spectrum. The Maori claim to ownership of water rests on two arguments:

The Government position is that water is a public resource that the Government should manage. The Labour-led Government held this position in 2003. For this reason, Maori Party co-leader Tariana Turia claimed that the Sustainable Water Programme of Action was “just another foreshore and seabed catastrophe dressed up”.[5]

The common law position is that there has never been ownership of naturally flowing water. The law recognised the rights of landowners to take and use water flowing over or under their land. Such water is not owned until it has been taken.[6]

Where a waterway runs through an owner’s land, the landowner owns its bed and banks. If the waterway forms a boundary, each riparian owner owns the bed to the mid line of the waterway. The beds of all navigable rivers are vested in the Crown.[7]

Section 21 of the Water and Soil Conservation Act 1967 extinguished all common law rights to water, and the sole rights to take, use, dam, divert, or discharge natural water was vested in the Crown.[8]

The Resource Management Act 1991 maintained this position, giving the primary responsibility for managing freshwater to regional councils and unitary authorities. These bodies may establish rules to allocate water among competing uses such as town supply, irrigation, hydropower generation, environmental values, and recreation.[9]

Maori argue that they have aboriginal title or customary rights that have not been extinguished by common law or statute.[10]

To advance the interests of all iwi in relation to fresh water through direct engagement with the Crown, the Freshwater Iwi Leaders Group was formed in 2007. This group comprises the leaders of Ngai Tahu, Whanganui, Waikato-Tainui, Te Arawa and Tuwharetoa and reports to all iwi.[12]

A change of Government on November 8, 2008, brought the Maori Party into a coalition with the National-led Government which brought in from the cold Maori Party co-leader Tariana Turia, a vehement critic of the Sustainable Water Programme of Action.

That helped put the issue of water ownership on the agenda for the new government.

The next step in exploring the way forward for water was the Land and Water Forum, an ostensibly independent group comprising 22 member entities in partnership with the Ministries of Conservation, Internal Affairs, Environment and Primary Industries. Environment Minister Nick Smith fronted consultation meetings.

The Land and Water Forum includes five iwi, four of which also belong to the Freshwater Iwi Leaders Group.

To make the connection between the government and iwi over water more tangled, the National-led Government adopted the practice of meeting regularly with the Iwi Leaders Group in closed meetings.

A request under the Official Information Act unearthed the fact that there had been 44 such meetings from 2008 to 2014.[13]

By fostering close and personal relations with the main movers and shakers, the Freshwater Iwi Leaders Group has had substantial input into water policy, both via the Land and Water Forum and through meeting directly with Cabinet Ministers.

There was one other group that has set itself up as the champion of Maori rights and that group is the New Zealand Maori Council.

The Maori Council has just one strategy and that is to go to the Waitangi Tribunal to get a favourable recommendation, and cite that recommendation in the High Court to get an injunction to stop the Government in its tracks.

This strategy was discovered during a standoff over forestry ownership in the mid-1980s, and again in the claim for a stake in commercial fisheries around 1990.

An opportunity for the Maori Council to launch their one and only strategy came in 2011, when the National-led Government in its second term prepared to partly privatise state-owned electricity generators.

In February 2012, the New Zealand Maori Council filed two claims with the Waitangi Tribunal, arguing that “Maori have unsatisfied or unrecognised proprietary rights in water, which have a commercial aspect, and that they are prejudiced by Crown policies that refuse to recognise those rights or to compensate for the usurpation of those rights for commercial purposes”.[14]

Iwi leaders commissioned the Sapere research group to examine the benefits involved in giving iwi a share of the allocable quantum of fresh water, and in doing so, shifting the allocation system from the current resource consent regime to a rights-based regime.

The report, dated December 6, 2014, argued that to spend up to $52 million to change to a new regime, plus an annual cost of $30 million, the benefits would be: better “pricing” of water, awakening of sleeper consents, less costly droughts, reduced cost of resolving over-allocated catchments, reduced costs of conflicts, and Improved capital formation.[15]

The report cited the allocation of shares in the commercial fishery as an example with a claim that the settlement iwi rights to fishery quota increased the value of quota by about 45 percent through removing residual uncertainty about the entitlement to fish.

When the Sapere report was released, the Government would not move from its official position of no national settlement on water rights.

Addressing the assertion of iwi rights and interests in fresh water formed a substantial part of an Environment Ministry’s February 2016 discussion document titled Next Steps for Fresh Water.

This document introduced the terms “Te Mana o te Wai”, which sets principles proposed for the National Policy Statement for Freshwater Management, and “Mana whakahono a rohe”, which provides for iwi to enter into agreements with councils on how Maori can better participate in decisions on fresh water.

Both concepts were written into law through the Resource Legislation Amendment Act passed on April 6, 2017. This Act forces all councils throughout New Zealand into power-sharing agreements with local iwi.

Tradable water rights surfaced in discussion again with the emergence of opposition to exporting bottled water to China for no charge. An Ashburton group called Bung The Bore led by Jen Branje spearheaded the movement that drew much support from people in Havelock North, after a deadly water contamination there in 2016 forced many to buy bottled water.

However, the Resource Legislation Amendment Act implements the demand for tribal decision making on water and involvement in resource consents.

The Freshwater Iwi Leaders Group appears to be proceeding within that framework, adding the new term Te Mana o te Wai to their public comments.

As a matter of interest, iwi water rights claimants routinely ignore 19th century sale and purchase deeds which show that the chiefs sold the water, along with rivers, lakes, and streams, trees, minerals, and all appertaining to the land or beneath the surface.[16]

[15] The costs and benefits of allocation of freshwater to iwi, Sapere Research Group, http://iwichairs.maori.nz/our-kaupapa/fresh-water/

Models for the allocation of fresh water were under discussion at a meeting between Prime Minister Bill English and the Iwi Chairs Forum on Friday at Waitangi.

Iwi leaders want allocation of a proportion of water in each catchment to iwi as well as direct involvement in decision making.  See http://www.maniapoto.iwi.nz/wp-content/uploads/2016/07/FINAL-Regional-Iwi-Hui-Presentation-July-2016.pdf

The Government wants to deal with this demand by shuffling the responsibility to local government.