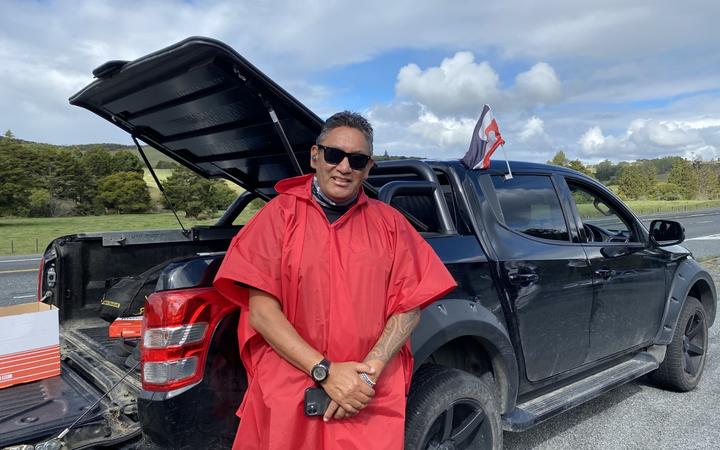 Iwi checkpoints are back, this time legally, although government politicians are reluctant to talk about the Covid-19 Public Health Response Amendment Act (No 2) that became law on November 19.

Section 22 of the Act gives the Police Commissioner the power to appoint a Maori warden, a nominated representative of an iwi organisation, a Pasifika warden, or a community patroller to stop motorists to monitor Covid-19 compliance.

“Did it take anyone else by surprise to hear the Police Commissioner reveal the Government’s made it legal for iwi up north to stop your car?” commentator Heather du Plessis-Allan asked. See Is anyone else surprised?

“What I find particularly objectionable about this is that we’ve been talking about this for days and asking the Government for clarity on what’s going to happen and at no point did anyone in Government tell us they’d changed this law,” she said.

“These decisions are constitutionally significant. If the Tai Tokerau Border Control is effectively deciding police operations then we have a transfer of sovereignty from the New Zealand people to new unelected directors in Northland,” he said.

The law change seems to be the eventual Government response to protests about illegal tribal checkpoints last year during the national lockdown, when both the police and the Government failed to uphold the law.

Iwi checkpoints are another step towards the He Puapua plan for two governments in New Zealand - one by Maori for Maori, and the other a fully bi-cultural version of what we already have.

Page 65 of the plan that was made public earlier this year advocates law changes that would enable Maori to control access to and management of all lands and resources within their districts.

Govt buys private land to give to tribe

Five weeks ago, members of Northland's Ngati Kahu tribe occupied a privately-owned waterside property at Taipa. On Friday, the Government bought the land to give it to them. See Fastest land occupation

This is despite a full-and-final settlement with Ngatikahu ki Whangaroa in August 2017 that included financial redress of $6.2 million, and cultural redress involving 15 sites including Stony Creek Station.

The Government paid $1.5 million for the 0.8-hectare property on the banks of the Taipa River and just metres from a popular Northland beach.

Mutu influenced He Puapua report lead author Claire Charters and is part of the Independent Monitoring Mechanism, established by the Iwi Chairs Forum, which has been pushing for an “implementation” of the United Nations Declaration on the Rights of Indigenous People since 2015.

The Taipa land purchase is the third such purchase of private land by the current Government to appease claimants.

In April of 2018, the Government paid Zodiac Holdings $7.5 million for land and rights to draw water at Poroti Springs, which is about 20 minutes from Whangarei.

The asset will be used by the Office of Treaty Settlements to help settle any Treaty of Waitangi claims. See Poroti Springs water battle

Next came Ihumatao, last December, when the Government paid Fletchers $30 million for 33 hectares of land intended for housing but what looks like waste land. See Ihumatao deal announced

They also show that while the Waitangi Tribunal may not make recommendations about private land, claimants can occupy private land and the current Government will buy it and give it to them.

Wi Popata, the man who led the Taipa sit-in until the Government caved and bought it for his tribe, commented that “there’s still another 10,000 to 20,000 hectares that still need to come back. Once we go home and get energised, we might just sit ourselves somewhere else.”

Appeasement is never a lasting solution.

Warnings of a tribal elite and assertions that colonisation saved Maori from violent death in books from Tross Publishing outraged English literature tutor Brittany Rose so much that she took her complaints to One News. See Books hateful and untrue

University of Auckland senior Maori studies lecturer, Dr Daniel Hikuroa, echoed the good tutor’s criticism by saying “that's something I would hate for my daughter to stumble across at bookstores but on the other hand I would like for them to understand that it's hate material is what it is. It's hate material. It's designed to drive wedges between peoples.”

However, author John Robinson said: "I absolutely reject the untrue charges made against Tross Publishing. I believe in equality, decency and accuracy and oppose the divisions in to-day's New Zealand. I am appalled by the ridiculous claims of wrongdoing which implicate me. I am being damned without a hearing."

Perhaps the tutor and the Maori studies lecturer are unaware that the right to offend is at the heart of free speech, and censorship is always about what offends the powerful.

Why not buy a book to support Tross Publishing? The selection may be viewed at https://trosspublishing.co.nz/

More than 7800 have signed our open letter to Prime Minister Jacinda Ardern which says that we are especially worried about the iwi entitlement to governance of Three Waters. This is a major aspect of He Puapua, a plan for iwi-Crown co-governance by 2040. Your government has no mandate to overthrow our democracy. If you have not done so already, you may sign the letter at https://www.hobsonspledge.nz/letter_to_jacinda

Our billboards saying “New Zealand, not Aotearoa” angered a few people, so it seems. Every sign has been vandalised. One person posted on TikTok a film of herself making obscene gestures while flinging perfectly good eggs at the image that she found objectionable. Our petition about the name of New Zealand has gathered nearly 28,000 signatures. If you have not done so already, click here to sign https://www.hobsonspledge.nz/new_zealand_not_aotearoa and like and share the page.

Our petition which asks Parliament to amend the Marine and Coastal Area (Takutai Moana) Act 2011 to restore public ownership of the coastal area, put all claims through the High Court, and repeal customary marine title, while affirming customary rights, has picked up more than 47,000 signatures. We need your support. The petition may be signed at https://www.change.org/beaches4all