As a former detective I learned well that a week’s delay in recording evidence, let alone a year or 1200 years, makes a big difference.  Oral transfer of past events gets distorted, exaggerated and invariably is a bare resemblance to what actually happened.

Auckland University professor resigns[i] because he supported six other eminent University of Auckland academics drawn from biological sciences, psychology, philosophy and education – who claimed that while indigenous knowledge contributes to our understanding of the world, "it falls far short of what we can define as science"[ii]. Meanwhile, Vice Chancellor Dawn Freshwater insists that the views of the seven professors do not reflect those of the University[iii].

The first question I have is,  if six academics with sufficient rank in the system to can be “allowed” to express their own views  and can’t be fired for so doing, what mandate does Ms Freshwater have to insult her peers in this manner?

The problem with this claim to fame is perhaps exposed by the following claim:

"A new paper by the University of Otago combines literature and oral histories and concludes that Māori, the indigenous people of Aotearoa New Zealand, were likely the first people to explore Antarctica’s surrounding waters and possibly the continent in the distance. They write that Māori and Polynesian journeys to the deep south have been occurring for a long time, perhaps as far back as the seventh century, and are recorded in a variety of oral traditions. According to the oral histories of Māori tribal groups Ngāti Rārua and Te Āti Awa, the first human to travel to the Antarctic was the Polynesian explorer Hui Te Rangiora."[v]

For an ethic group that had no written language to record events, passage of time erodes accuracy. As a former detective I learned well that a week’s delay in recording evidence, let alone a year or 1200 years, makes a big difference.  Oral transfer of past events gets distorted, exaggerated and invariably is a bare resemblance to what actually happened.

If one is to juxtapose these claims of re-writing history to suit the current global trend against the following references to history, which few would dispute as accurate in the context surviving the Antarctica, as a New Zealander:  with a reasonable level of university education and perhaps a higher level of political awareness; of experience in travel/work/ residence in 69 countries during a total of seven years out of New Zealand, and to the chagrin of many – royal Maori pedigree[vi] , find some of the claims being made about Maori myth superseding Western science, as insulting of my heritage at best and utter crap at worst.

Take as one example the late Sir Peter Blake.  This highly skilled and experienced ocean-going mariner, talked about how hostile, treacherous and dangerous the Great Southern Ocean is to navigate on the way to Antarctica. How did the Maori manage that on their outriggers/canoes and what clothing and footwear did they wear to cope with the freezing conditions? No thermal underwear back then!! Did they have ice breakers? 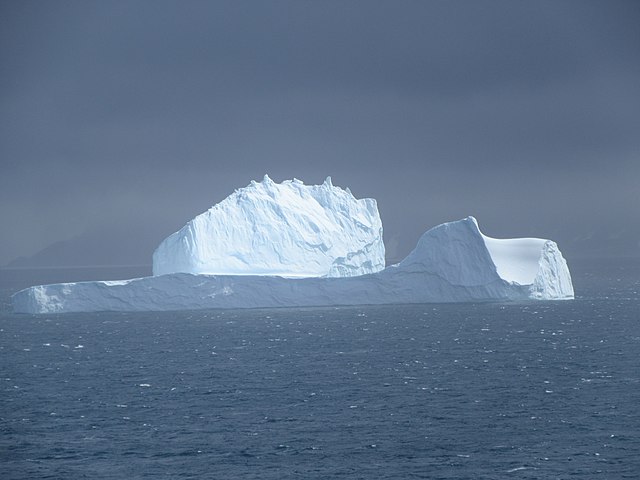 Look at the many challenges faced by the renowned Antarctica explorers, Ernest Henry Shackleton and Robert Falcon Scott, on the frozen continent and they had equipment, clothing and supplies suitable for that harsh and unforgiving environment.

I say to those who claim Maori went to Antarctica as far back as 700 AD and even if these alleged excursions were as recent as 1700 AD it should be clearly demonstrated that the claims they make, were possible!  Like, put up or shut up!

Norwegian Thor Heyerdahl (1914–2002) is one of history’s most famous adventurers and explorers[vii].  In 1947 Heyerdahl crossed the Pacific Ocean from South America on the balsawood raft Kon-Tiki. Heyerdahl was convinced that the first humans to reach Easter Island – and other islands in the eastern part of Polynesia – came from South America. Only later did people come to Polynesia from the west, and then via the northwest coast of Canada and Hawaii. The peoples of South America did not have seaworthy rafts or boats that could take them as far as the Polynesian islands, according to scholars with whom Heyerdahl discussed the subject. So, in order to prove that it was possible, he decided to build a raft and make the journey himself.  He, put up!

So, I say to those who make the claims I reference above - Jump in a canoe with a paddle and a grass skirt; no thermal gear, no sextant and no harpoon or spear gun, and see what happens!

And to the academics who demonstrated personal integrity by not buying into some of the myths which now loom as the standard of education to replace Western science, I say:  Apologies on behalf of our stalwart political leaders in ACT and National – for failing to come to your defence.  After all, in our democracy, free speech is part of the menu.

Ross Meurant, B.A M.P.P. resigned from the police at inspector rank in 1987 to enter Parliament as a National MP. Today he is Honorary Consul for Morocco and trustee and CEO of commercial assets owned by absentee Russian investors.

[iii] New Zealand Listener’s letters to the editor (July 31 – August 6) do not reflect those of the University.

[vii] https://www.kon-tiki.no/expeditions/kon-tiki-expedition/ (Note: I also have Norwegian pedigree - as well as Maori, French, Scottish and Irish - and I speak Russian.)