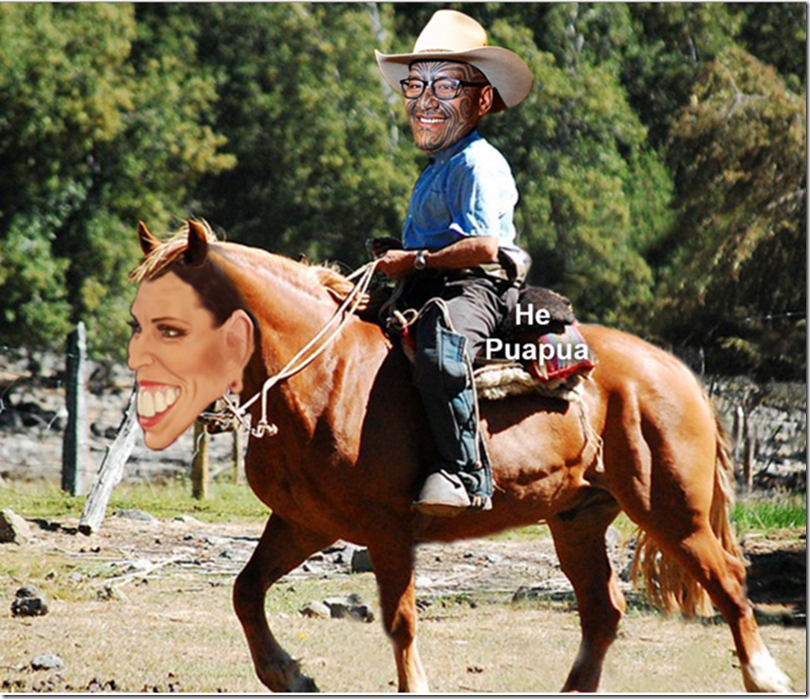 Imposed without warning or any electoral mandate, the total upheaval of water services in New Zealand - designed to deliver control to Maori - is He Puapua in action, commentator Muriel Newman said at the weekend.

“In September 2012 the Maori King Tuheitia told a meeting of over 1000 people from throughout the country that in spite of fresh water falling from the sky as rain and snow, it was owned by Maori,” Dr Newman wrote on the New Zealand Centre for Political Research website.

The Maori King said that “the ultimate goal for iwi is to retain management and control of water,” she wrote.

“Just nine years later, the Minister of Local Government Nanaia Mahuta is planning to deliver on her cousin’s goal by passing legislation that will give iwi, including her own Tainui tribe, the right to manage and control the country’s freshwater.”

“Minister Mahuta’s plan will result in freshwater, stormwater and wastewater assets and infrastructure owned and controlled by the country’s 67 local authorities - and paid for by generations of ratepayers – being transferred to four new regional water agencies 50:50 co-governed by iwi. Although local authorities will provide all of the assets, they will be given only 50 percent of the control. The other 50 percent will be given to local iwi,” Dr Newman wrote.

“Not only will councils effectively have control of their assets cut in half, Cabinet papers reveal an extraordinary requirement: all decisions undertaken by these new agencies –‘will require a super majority decision of 75 per cent.’”

“That means no decision can be made without the approval of iwi. In effect, iwi will have a veto right and be in control of all New Zealand water services decision-making,” she wrote.

Our petition against the He Puapua plan for two separate governments under a tribal committee has picked up more than 9200 signatures. If you have not done so already, click here to sign  Reject co-governance

Brash: The PM won’t answer because she can’t

Prime Minister Jacinda Ardern won’t answer my question as to where she found reference to “partnership”, or any synonym of “partnership”, in any version of the Treaty because she can’t, Treaty commentator Don Brash said.

Writing for the website bassettbrashandhide.com,  Dr Brash detailed a series of exchanges with the Prime Minister’s office after he wrote to Ms Ardern in an email on June 19 asking “I wonder if you would be kind enough to explain to me (and to the many other New Zealanders who would be interested in your answer)” where partnership is referred to in the Treaty of Waitangi.

After no response, Dr Brash phoned the Prime Minister’s office on June 28 and received seven days later a cordial written acknowledgment of his inquiry that also said that it had been forwarded to the Minister for Maori Crown Relations, Kelvin Davis.

Since then, there has been no further reply. See The Prime Minister won't answer because she can't

How about changing names from Maori to English?

Regarding the on-going effort to change colonial names, such as that of Maxwell near Wanganui to “Pakaraka”, there is ample opportunity to take the issue the other way.

There are many locations around New Zealand which have Maori names, the meaning of which has long been forgotten. Here are some alternative names:

Pukekohe could be called “Maunsell”, after the missionary and Maori scholar Reverend John Maunsell.

Tuakau could be Hillary, to recognise Sir Edmund Hillary since it was his home town.

Te Kauwhata could be Moorfield, the name of one of the founding families.

Te Aroha could be Cadman, a goldrush town that could be named after the Minister of Mines in the Seddon Govt, Alfred Jerome Cadman.

Waihi could be Martha, after the town’s most obvious feature, the Martha mine.

Matamata could be Firth, named after one of New Zealand leading early businessmen who did a great deal to develop the area.

Te Awamutu could be Rosetown. Otorohanga could be Munro, after the former Waitomo district mayor and Dambusters pilot Les Munro.

Why not make an application to the Geographic Board for official recognition of any of the above suggested name changes.

Meanwhile, you have until August 30 to submit against the proposal to change the name of Maxwell. Go to https://landinformationnz.au1.qualtrics.com/jfe/form/SV_6YjKfQOAh5ykcMm

Our petition which asks Parliament to amend the Marine and Coastal Area (Takutai Moana) Act 2011 to restore public ownership of the coastal area, put all claims through the High Court, and repeal customary marine title, while affirming customary rights has picked up more than 38,200 signatures. We need your support. The petition may be signed at https://www.change.org/beaches4all