As reported by Radio New Zealand[i], Ngāruawāhia based Turner family has banded together to build its own “papakainga” (family home) housing four generations – 10 adults and nine tamariki. The family was able to afford the $720,000 nine bedroom 500 square metre house by pooling mortgage costs with an additional $450,000 gifted towards the build by other taxpayers through the Government's Whanau Ora fund.

In the feel good article Radio New Zealand quotes the project’s builder, “its awesome for the family, its affordable and everyone wins”, while Māori Development Minister Te Ururoa Flavell said the house would act as a springboard for the Turner family which is starting up a mussel-fritter business and looking to export internationally.

No mention is made about how the Turner family, which clearly isn’t at the bottom of the financial pile, was chosen amongst the hundreds of thousands of families desperate to get on the housing ladder, nor when this generous funding will be extended to those without Maori ancestry. 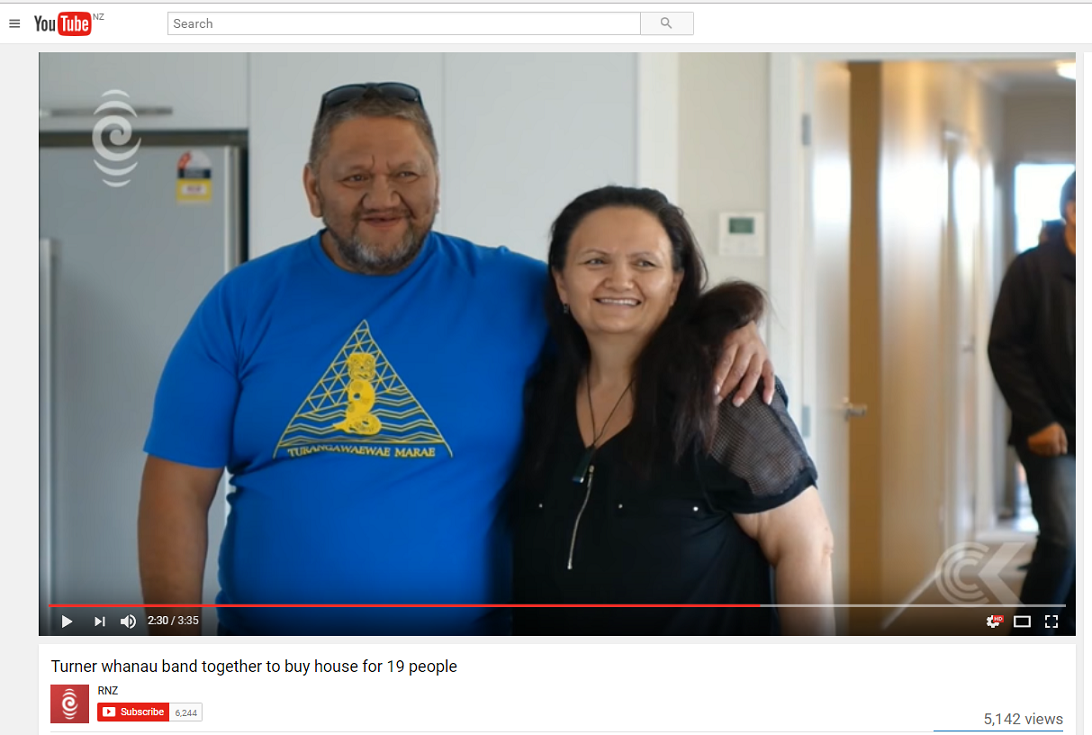 The Turner family of Ngaruawhahia is thrilled with the $450 thousand dollars which other taxpayers have gifted towards their new family home through the Government's Papakainga housing scheme.