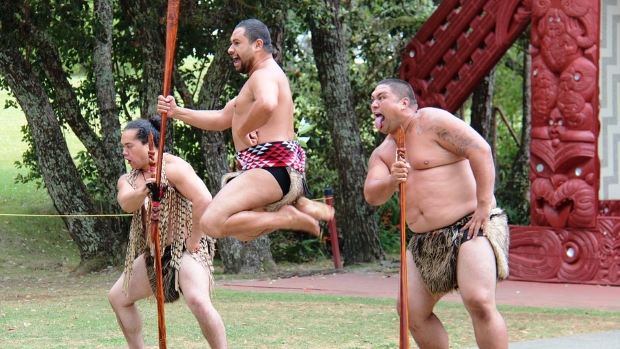 The three agencies that run New Zealand’s Whanau Ora welfare had their agreements extended for another three years on May 31, 2017, even though both the purpose and the results of the programme remain a mystery.

The Government had committed $73.5 million for the 2016-2017 year to those three agencies -- Te Pou Matakana covering the North Island, Te Putahitanga o Te Waipounamu for the South Island and Pasifika Futures for Pasifika people – and the agencies said they had supported 10,500 families.

A brief look back shows the scheme has never had a coherent goal, which is a reason for its stumbling lack of accomplishment.

The programme may be traced to November 2002, when the Ministry of Health published a strategy for Maori health by encouraging what they termed “whanau development”. The term “whanau ora” means “healthy families”.

The 2008 election brought a quid pro quo confidence-and-supply deal that former Prime Minister John Key struck with the Maori Party, and part of this deal was Whanau Ora.

In June 2009, the Government set up a taskforce to look at Maori social service provision. This taskforce produced a report full of waffle and psychobabble in January 2010 called Whānau Ora: Report of the Taskforce on Whānau-Centred Initiatives.[1]

Touted as a one-stop welfare shop to guide dysfunctional families through the daunting New Zealand welfare system, the scheme provided “navigators” to connect families to appropriate welfare providers and funding. Turia said this would end the nonsense of having five welfare cars up a driveway to help a single whanau.

New Zealand First leader Winston Peters found evidence to back his criticism that the scheme was a “bro-ocracy. He said Otaki’s Rahui Rugby and Sports Club received $60,000 in 2011 to “undertake whanau development research” on resilience, “whanau connectedness” and community leadership”.[3]

The Dominion Post newspaper revealed a $5000 contract between Te Puni Kokiri and an unnamed Hawke’s Bay whanau of 20 members for a hui to finalise “spiritual balance” and “family development”.

Intercepted phone calls showed that gangs regarded Whanau Ora as a model to access funding. One Dunedin person was jailed for four years for dishonestly converting $20,000 of trust money, conspiring to sell cannabis and possessing cannabis for supply.[5]

Criticism of the scheme sparked an investigation. Auditor General Lyn Provost reported in Whanau Ora: The First Four Years in 2015 that it was difficult to work out what the scheme had achieved while noting that in the first four years $40-million was swallowed up in administration.[6]

The Maori Development Ministry Te Puni Kokiri responded with Understanding whanau-centres approaches: Analysis of phase 1 (2010-2015), which amounted to a 110-page defence of the scheme.

That report argued that phase 1 was all about “strengthening provider capability” (hence the big expenditure on administration). However, gains were minimal and vaguely stated. Based on 895 whanau surveys, the report said:

That limited benefit has cost $380-million since 2010, with the 2017 appropriation more than double the amount earmarked in the first year:

The Te Puni Kokiri press release dated May 30, 2017, claimed that Whanau Ora commissioning agents said they had supported 10,500 families “this year”. There was no indication of what “support” meant and no evidence was provided of that support. Te Puni Kokiri’s 2015 report for the first five years only provided data from 895 interviews.

If Whanau Ora was blindingly successful, it could be rolled out to benefit everyone and not be limited to Maori and Pasifika.

However, the gains claimed are so small and the expense is so large that a prudent administrator would probably get rid of this unfocussed, politically driven, race-based programme that should never have got off the ground in the first place.


[1] Whānau Ora: Report of the Taskforce on Whānau-Centred Initiatives, http://www.msd.govt.nz/about-msd-and-our-work/publications-resources/planning-strategy/whanau-ora/