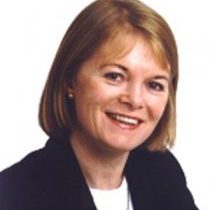 The principle of putting citizens at the core of the decision-making process was best expressed by US President Abraham Lincoln during his famous Gettysburg Address in 1863, when he described democracy as “Government of the people, by the people, for the people”.

So how well does New Zealand perform on the democratic governance scale?

According to Local Government New Zealand, local authorities do not have enough power. They say that by international standards, New Zealand has one of the most centralised forms of government in the world. They point out that in other OECD countries local government runs the health services and the Police, typically accounting for the majority of public investment and controlling around a third of all public spending.

Local Government New Zealand argues that there is a growing trend around the world for more “localism” in a nation’s governance arrangements. They say that devolving central government power to localised decision-making is the latest trend in good governance.

While at first glance some might say there is merit in the suggestion, it’s important to look at the wider issue and ask whether local government is competent – and capable of taking on more responsibility.

In a Colmar-Brunton poll published last year by Local Government New Zealand, 3,000 members of the public and businesses assessed local government to be incompetent, rating them so poorly on the three core measures of performance, local leadership, and communications, that the sector achieved a score of only 29 out of 100.

While business concerns centred on the need to improve building and resource consent processes, the general public were more concerned with whether local government could be trusted to make good spending decisions and provide good value for rate-payer dollars.

However, nothing demonstrates the folly of the concept of giving local government more authority than the actions of the growing number of councils around the country, which are using their powers to undermine democracy itself.

“You probably thought, like me, that democracy works because it gives us the right to choose our representatives and to get rid of them if they don’t measure up. But Masterton District Council has decided that’s flawed, or at least not appropriate for Masterton. The council wants to improve democracy by appointing iwi representatives with voting rights to two of its standing committees.

“Yes, you read that correctly. They would be appointed, not elected. But like elected councillors they would have the right to vote on matters affecting the rest of us.”

Karl says that what the Council is imposing on their community is not democracy. He reminds us that democracy is a “package deal” and that those who believe they are improving the system are actually subverting it and doing New Zealanders a grave disservice: “This is how democracy gets undermined – by inches and by degrees. Ultimately someone might decide that voting is a clumsy and inconvenient process and that democracy would be much more efficient if we got rid of it altogether. It’s happened in plenty of other places.”

Without any consultation with electors, they have not only diluted democratic representation in their community, but they have allowed local government to be captured by influential race-based interests.

The two iwi, Kahungunu ki Wairarapa and Rangitane o Wairarapa, which are beneficiaries of substantial treaty settlements worth $93 million and $32 million respectively, have been lobbying for preferential Council seats for years. By creating an unelected and totally unaccountable governing elite, the council is now exposed to the potential for corruption, whenever iwi representatives swing council votes in their own favour.

The reality is that to remain viable, democracies must ensure that the “will of the people” is maintained as the basic authority of government. Winning elections does not give councillors dictatorial powers. They are still accountable to their communities – and if proposals are put to them that undermine fundamental democratic principles, then they have a responsibility to put the issues to a referendum of electors so that the will of the people can prevail.

Those councillors who support iwi being appointed onto councils with voting rights will often claim that they are simply following the law. But that is not correct.

While the Local Government Act requires councils to “provide opportunities for Maori to contribute to the decision-making processes of the local authority” and to consider ways of fostering the development of Maori “capacity”, it also states very clearly that councils must prioritise the good of the whole community. That’s why most councils have established Maori liaison committees and advisory boards – the law does not require them to do any more than that.

With iwi around the country increasingly lobbying for seats on councils – to avoid having to answer to the population at large through “free and fair elections” – the way forward is not to give local government more power, as proposed by Local Government New Zealand, but to impose greater restrictions.

In particular, the Local Electoral Act should be amended to remove the loophole that the Masterton Mayor exploited when she and her supporters appointed iwi onto the Council. In other words, the safeguard that exists for Maori ward proposals should apply to iwi appointments as well, since the effects are essentially the same. That would have allowed Masterton locals to challenge the decision through a binding poll – if supported by 5 percent of registered voters.

Whenever they have been asked, communities have overwhelmingly indicated that they do not want local democracy defined by race. Residents and ratepayers in the Waikato, Nelson, Wairoa, Hauraki, the Far North, and New Plymouth, have all voted against Maori wards for their District Councils with an average 70/30 split.

So what happens next?

While the Maori Party is pushing hard for iwi to be represented on all councils, the Minister of Local Government Sam Lotu-Iiga appears to be fence-sitting. He believes that Maori should be involved in local councils, but says he’s satisfied with the current legislation: “We do have two councils which have Maori wards. I think there’s a petition before Parliament where the select committee will consider it. I’m taking advice on the issue and I want to hear from all New Zealanders on this very important issue.”

The petition he mentioned is that of the Mayor of New Plymouth Andrew Judd, who is working with the Maori Party to impose Maori wards on all Councils. This is presumably the first step towards his ultimate goal of requiring that half of all local authority councillors are Maori.

What he is trying to do is undermine democracy by removing the public’s right to call a referendum if their council votes for Maori wards.

Such a referendum was, of course, held in New Plymouth when 83 percent of locals rejected Mayor Judd’s proposal for a Maori Ward. But rather than accept that local democracy is about letting people have their say, and respecting their views, he called his constituents ‘racists’ and is now trying to change the law.

In fact, rather than eliminating the referendum safeguard, an argument could be made to extend it to cover any ward changes, so that whenever councils try to make ‘adjustments’ to their democratic arrangements that locals consider unreasonable, then they too would have the right to call a referendum so voters can decide the matter. Many Aucklanders would probably have welcomed such an opportunity before amalgamation was forced on them.

If you feel strongly that your democratic right to call a referendum whenever Maori wards are proposed should be protected, then you must tell the Minister of Local Government. After all, he said he wants to hear from all New Zealanders on this issue, and since Andrew Judd will be encouraging iwi to contact him, we strongly suggest that you do too – his email address is [email protected]

With local body elections just around the corner, it’s also time to stand up for democracy, to prevent control of councils from falling into the hands of an unelected and unaccountable elite. You can help by asking candidates, who are standing for Council, the following three questions:

If you send the email responses from candidates through to us, we will post them on our website HERE as a collaborative community service for voters in the run-up to the elections.

We have already put up entries for Masterton and Rotorua, indicating which Councillors voted for and against iwi appointments. We will amend the list once we know who is standing for re-election.

In addition, while since some councils have had unelected iwi with voting rights forced on them by the Government, others, like the Wellington Regional Council and the Kapiti-Coast District Council, established them voluntarily some time ago. We would welcome information on others and also on whether local candidates would be prepared to call for these positions to be disestablished.

The key dates for the local body elections are as follows. The Electoral Commission will start their enrolment campaign next Monday 27 June. Candidate nominations open 15 July and close August 12. Candidates will be announced August 17.

Voting papers will be delivered to households from September 16 to 21 and electors will be asked to post them back as soon as they have voted. Polling Day is October 8, with voting closing at midday. Preliminary results will be available that afternoon.