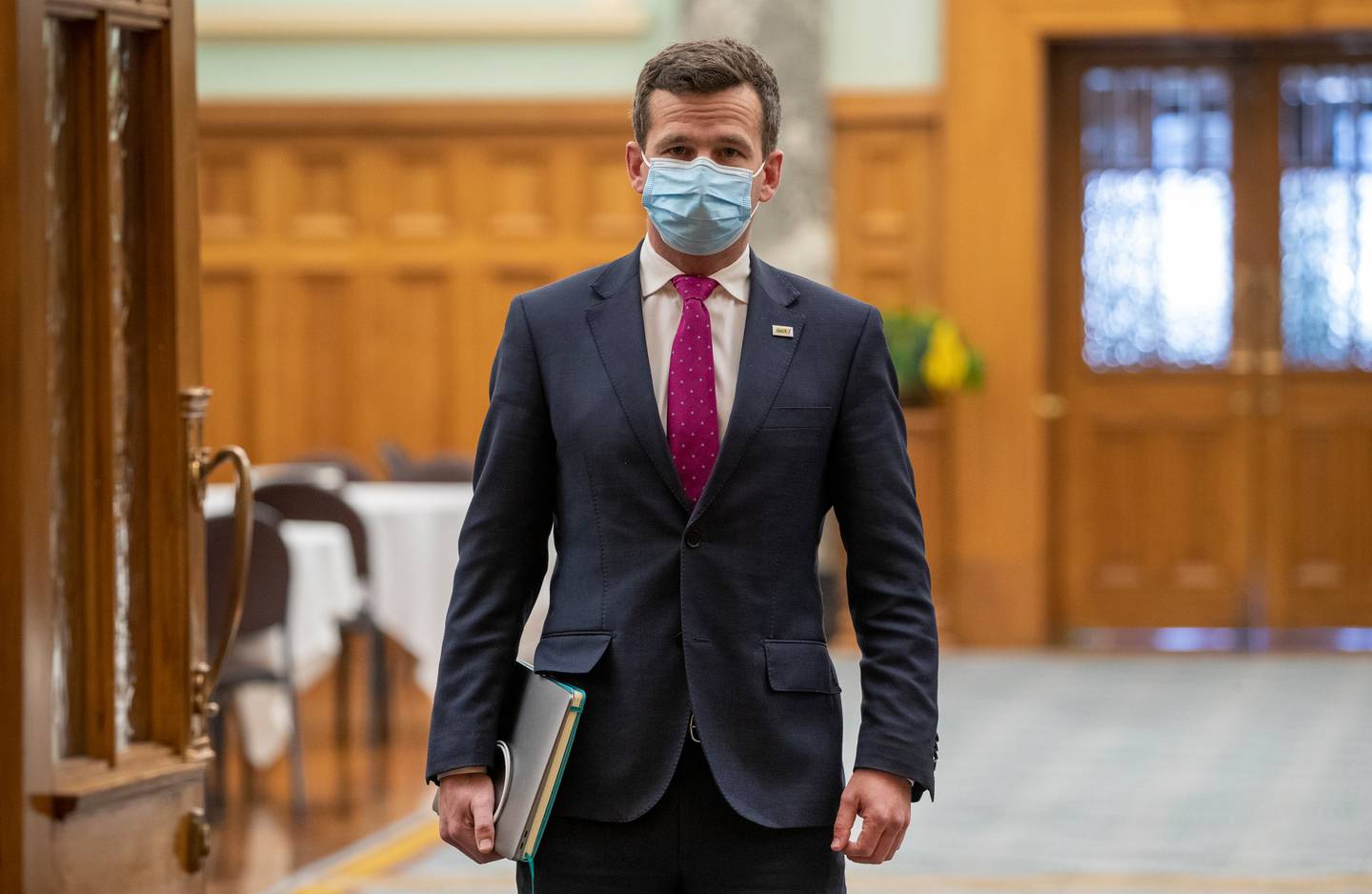 ACT Party leader put the spotlight on state racism when he tweeted an image of a code reserved for Maori and said: "If you're worried about vaccination waiting times, you no longer need to make an appointment. All you need to do is use this access code."

The outrage was predictable. However, none of the outraged have provided any evidence of any person disadvantaged in the vaccine rollout by the fact that they have a Maori ancestor.

"The virus doesn't discriminate on race, so neither should the rollout," Seymour said. Hobson’s Pledge agrees. 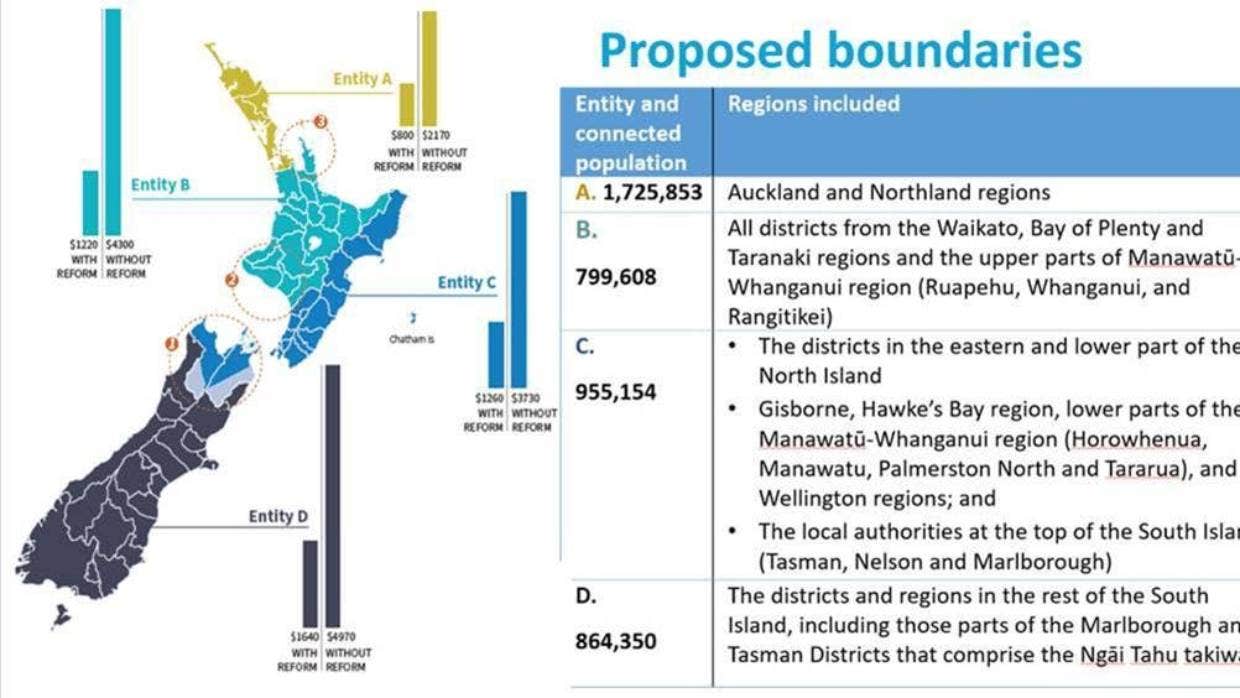 The dollar amounts present compare cost per year per household with amalgamation and scary costs without amalgamation.

Forty of New Zealand’s 67 councils (other than regional) are either against or undecided on the massive $120-billion Three Waters Plan that would transfer water infrastructure to a four new entities in each of which decisions would be subject to a tribal veto.

Multi-million-dollar payments to councils are part of a suite of inducements that include eye-watering new compliance requirements and infantile propaganda.

A survey done by Newsroom at Three Waters Plan which checked the attitudes of 50 mayors showed a divide between councils that had kept up with investment over the years and those that hadn’t.

Those which had kept up with investment tended to be opposed to handing over their assets, and those who hadn’t, not so much.

It also drew attention to faulty information disseminated by the Department of Internal Affairs on regional dashboards that angered some mayors and was laughed at by others.

In the absence of a clear opt-in or opt-out vote, the survey assesses comments by mayors, which were often a mixture of supportive and sceptical.

Whangarei voted to walk away from the reforms despite being offered a $90-million financial sustainability payment to sign up, as well as a $38-million infrastructure payment and a $5-million stranded assets payment. See $90m bribe

On the other hand, the Hamilton and Porirua city councils are leading a push to ensure the entire country's water networks are included in the reforms, wanting no council to be allowed to opt out for parochial reasons.

Hobson’s Pledge opposes the Three Waters Plan because control of water infrastructure would be shared between existing local authorities, which are elected by everyone in the area, and appointees who have a Maori ancestor. Such race-based governance undermines democracy.

Aside from that, the plan would mean a massive confiscation and centralisation of control of water infrastructure bringing large and unnecessary rates increases for ratepayers and practical difficulties in day-to-day management.

Help Napier get a vote on a Maori ward

While the Napier City Council consults its community on whether to proceed with one or more Maori wards in Napier, we think that it is possible that if enough people ask for a vote, the Council could put this out to the people of Napier to decide.

This is the correct way forward on such a contentious decision. The Napier City Council is divided on the issue and heavy lobbying is coming from Maori ward proponents.

There is an online submission tool at https://www.sayitnapier.nz/ncc/maori-wards/have-your-say/

This enables you to have your say in a couple of minutes. Do it now. Click on the link and ask the Council to include a yes/no vote in next year’s election mail-out on whether or not you support a Maori ward.

Then there is a comments box in which you could write something like:

" Let the people of Napier decide by way of referendum next year as part of the local elections. A Maori ward is a significant change in voting arrangements for our district. Citizens are entitled to have a say. We should use the democratic process and let our community decide whether such a proposal should proceed."

The virtue-signalling, cost, and red tape associated with a Maori ward is the last thing Napier residents need.

There are a few days left to make a submission. Do it now.

Whakatane residents fear the prospect of Maori protesters moving on to a 100-acre block of beach-front land that the Whakatane District Council has sold to developers to build 200 homes.

One resident who lives near the land at 77 Bunyan Rd, Coastlands, asked “Is this another Ihumatao?”

The land, that was sold to council a number of years ago, is a place for locals to walk with dogs, ride horses and even young lads to ride their on motorcycles. None of these activities have been an issue until recently.

Yet now, protesters have taken up watching duties on the public road to frighten residents away.

Barbed and high tensile wire set at neck height for motorcycle and horse riders have been found on the land.

Residents have suggested that the Council fence a corridor through the western block for locals to access the beach and this would serve as a pressure relief as locals are getting very angry.

We have collected more than 10,000 signatures on a petition against He Puapua, which is the radical plan to establish two governments in New Zealand by 2040, one for Maori and one for everyone else.

Although Maori Development Minister Willie Jackson argued that He Puapua is not a “Government plan” it is clear that the plan has been proceeding for a while.

For instance, Maori wards are part of the plan. We lost our right to petition for referenda on Maori wards in February when the Government changed the Local Electoral Act.

What we are witnessing is a slow-moving revolution where power is being taken from ALL New Zealanders and given to a Maori elite who are largely unelected.

We don’t have to let that happen. There is enough people power in New Zealand to stop it.

Our petition which asks Parliament to amend the Marine and Coastal Area (Takutai Moana) Act 2011 to restore public ownership of the coastal area, put all claims through the High Court, and repeal customary marine title, while affirming customary rights, has picked up more than 38,700 signatures. We need your support. The petition may be signed at https://www.change.org/beaches4all