The fact that a 2019 a report that outlined a plan for two governments under a tribal committee came to the Government but was never shown to any New Zealand First Cabinet Minister has angered party leader Winston Peters.

Peters alleges the report — titled He Puapua — was kept from him deliberately despite NZ First and Labour being in a coalition government at the time. See Peters is back and so is He Puapua

The coalition agreement stated: “The Labour and New Zealand First parties will work together in coalition government in good faith and with no surprises, reflecting appropriate notice and consultation in important matters, including the ongoing development of policy.”

“This report was deliberately suppressed. It was a gesture of ingratitude and bad faith,” Mr Peters said

Perhaps in response to our reminder last week, Jackson said he continued to consider the report, and the outcome of a Cabinet paper on the report may be made public this week.

Our petition against the segregated governments plan has picked up more than 8200 signatures. If you have not done so already, click here to sign  Reject co-governance 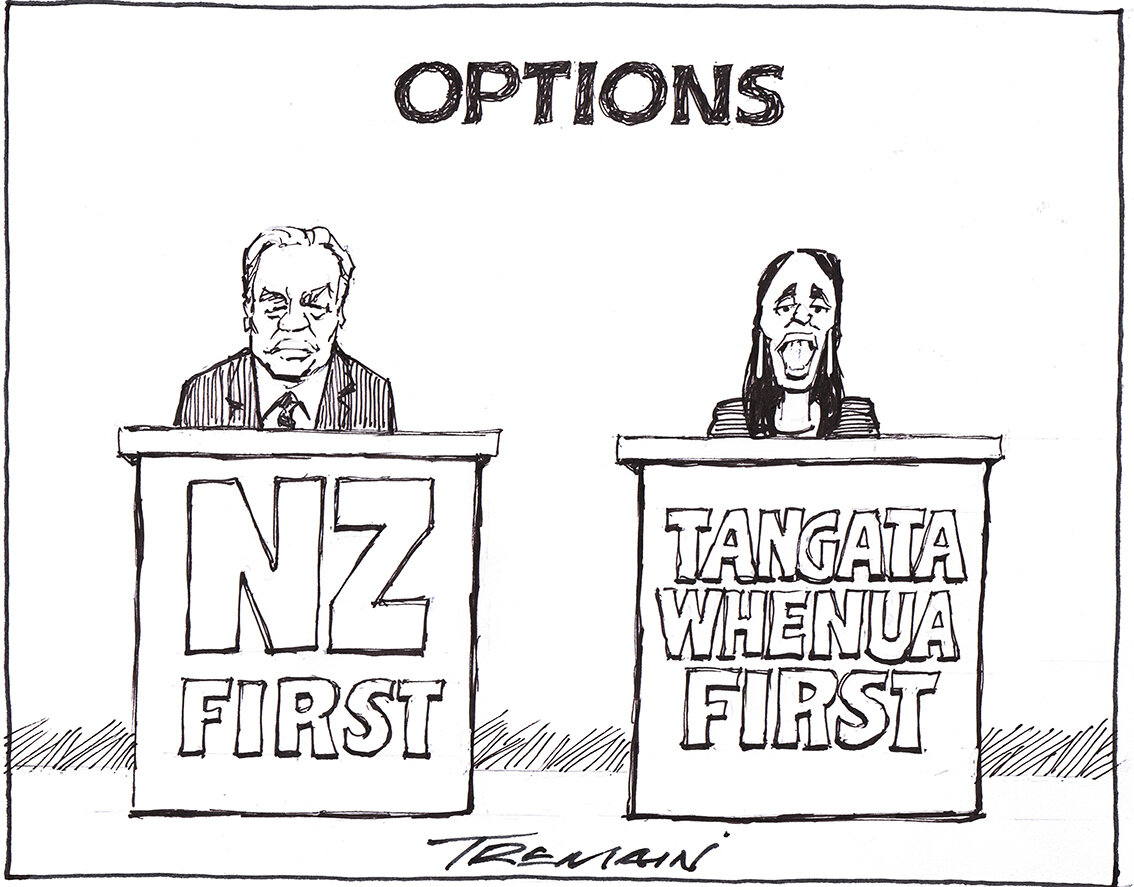 Vague hate speech proposals, released on Friday, may mean some New Zealanders could end up in jail for speaking out.

The proposed changes, which include a penalty of three years in prison and a $50,000 fine for inciting hatred, were recommended by the Royal Commission of Inquiry into the Christchurch attack on two mosques in which 51 people were killed.

The Commission said that hate crime and hate speech are not adequately dealt with. The six proposals are:

The discussion document at Proposals against incitement of hatred and discrimination [PDF, 408KB] blurs the difference between hate crime, which involves violent actions that are motivated by prejudice, and hate speech, which is abusive or threatening speech or writing that expresses prejudice.

We agree with the spokesperson for the Free Speech Union, David Cumin, who said: "The Government claims these changes to hate speech laws will promote social cohesion. The opposite is true - legislating hatred out of existence is a hopeless expectation. What's more, the Government is yet to provide examples of the speech they intend these provisions to capture."

Please make a submission against these proposals by going to https://consultations.justice.govt.nz/policy/incitement-of-hatred/ and either emailing your views or filling out the online form. Public submissions close on August 6.

Our petition which asks Parliament to amend the Marine and Coastal Area (Takutai Moana) Act 2011 to restore public ownership of the coastal area, put all claims through the High Court, and repeal customary marine title, while affirming customary rights has picked up nearly 37,000 signatures. We need your support. The petition may be signed at https://www.change.org/beaches4all