Inquiry into Petition of Andrew Judd 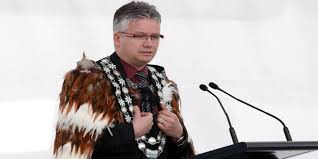 Public submissions are now being invited on Andrew Judd's petition as part of a wider inquiry into the 2016 local body election.

Maori wards could be set up  on every district council in New Zealand without requiring a public poll if Judd' petition, sponsored by the Maori Party, is adopted.

The process for setting up a Maori ward is detailed in Section 19Z of the Local Electoral Act 2001. Currently, whenever a territorial authority of regional council resolves to establish either Maori wards or constituencies respectively, the intention must be publicly notified and residents may exercise the right to demand a poll. Judd's petition calls for a law change to drop residents' right to demand a poll, instead calling for Maori wards to be established using rules similar to those for setting up other local government wards, as detailed in Section 19V of the Act.

In May 2015 New Plymouth residents unanimously rejected separatism voting 83% “no” to Judd’s proposal to adopt a Maori ward in New Plymouth.

Please help us by writing a submission to Parliament. State your objection to separate maori wards and any law change that would remove residents' ability to challenge them. It need only be a few sentences.

The notified closing date for submissions of Sunday, 31 December 2017 was brought forward to 22nd August 2017. Unfortunately, Hobson's Pledge was not made aware of this change of date.

Hobson's Pledge has written to the Clerk of the House for permission to present a late submission.