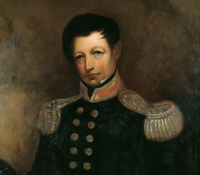 Hobson's Pledge - "we are now one people"

Governor Hobson represented Queen Victoria on the signing of the Treaty of Waitangi in February 1840. Hobson greeted each Chief who came forward to sign the treaty with the following pledge : “he iwi tahi tatou” – "we are now one people". Hobson's pledge to the chiefs laid the foundation of New Zealand's democracy: one citizen: one vote, regardless of race, colour, religion or gender.

Hobson's pledge, "he iwi tahi tatou", that the people of New Zealand were united under the law, is enshrined in section 19(1) of the New Zealand Bill of Rights Act 1990 which prohibits discrimination on the grounds of race and Article 2 of the Universal Declaration of Human Rights which states that "everyone is entitled to all the rights and freedoms set forth in this Declaration, without distinction of any kind, such as race, colour, sex, language, religion, political or other opinion, national or social origin, property, birth or other status".

Those supporting the Hobson’s Pledge Trust are New Zealanders who want all citizens to prosper and succeed.  We believe that:

What we plan to do

Now is the time to arrest a decline into irreversible separatism. This may be achieved by speaking out wherever local authorities propose race-based structures and where the current government proposes co-governance.

This may also be achieved in forthcoming elections by supporting and voting for any party that would vote against all laws, regulations and policies that provide for any entitlement based on ancestry or ethnicity.

Ideally, this political party would commit to dismantling the Separation Framework and abolishing the Race Based Laws

Now is the time to stop an undemocratic slide into New Zealand style apartheid.

Please Note: We are not in any sense anti-Maori. Indeed, some of us are Maori. We recognise that Maori are too often among the poorest and most incarcerated citizens in the land. But having a constitutional preference has done little or nothing for the wellbeing of most Maori. On the contrary: by leading some Maori to believe that their economic prosperity will be assured by a Treaty settlement, or by being able to clip the ticket on the productive activity of others, the constitutional preference may well be harming most Maori.