A report recommending co-governance of the Hauraki Gulf Marine Park has been rejected,
thanks largely to the work of Auckland group Democracy Action.

However, the Hauraki Gulf Forum has yet to vote on the "Sea Change" Marine Spatial Plan (Tai Timu Tai Pari) which proposes the establishment of 'ahu-moana' zones around the entire Gulf coastline (including offshore islands) extending 1km out to sea. The Sea Change plan also proposes management by 50% tribal trust appointees and 50% community representatives, with no mention of how community representatives would be appointed. Under Sea Change, governing committees would have the power to prohibit recreational and commercial fishing wholly or partially over any area of "their" zone, and over any or all fish species, based on "cultural values" (with no need for scientific evidence).

As tribal groups tend to vote "en bloc" the introduction of the Sea Change plan will, in effect, amount to tribal rule of the entire Hauraki Gulf coastline.

For further information on this issue, please refer to Democracy Action here.

If you wish governance of the Hauraki Gulf area to remain in control of the wider community, please speak up.

Tell your local representatives that you wholly reject co-governance arrangements which are being forced onto the nation without our consent. The contact details for members of the Hauraki Gulf Forum are listed below.

Democracy Action is an Auckland based community group, established to champion the fundamental importance of democracy and equality of citizenship in New Zealand. 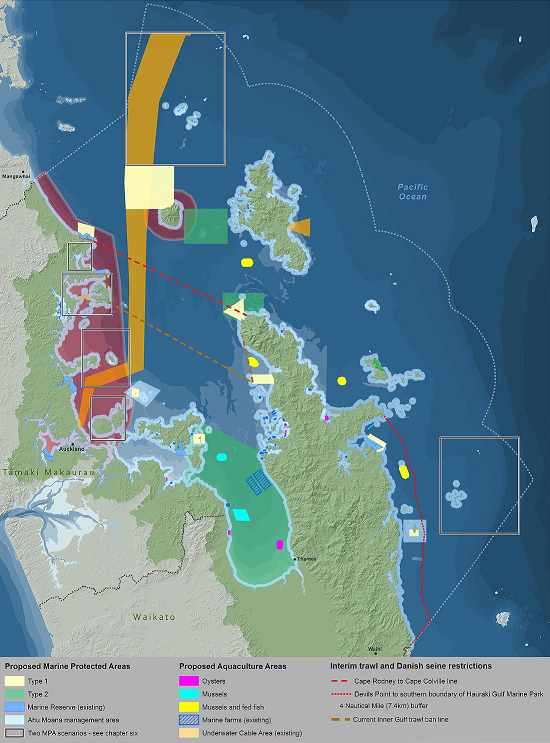