There is a glimmer of hope that two political leaders may be listening to voter concern about arrogance by successive administrations on the Treaty, racial preference, and the latest plan for two governments under tribal control.

On Saturday, National Party leader Judith Collins used her keynote speech at the party’s regional conference in Auckland to warn that the Labour Government was setting up two governments “by stealth”. Collins: Govt plans may lead to Maori systems for education, justice

Two weeks ago, ACT leader David Seymour ACT called on Prime Minister Jacinda Ardern to publicly reject the recommendations of a Cabinet-commissioned report which claims to give effect to the UN Declaration on the Rights of Indigenous Peoples. Govt must reject He Puapua

We think the plan to divide New Zealand governance along racial lines and under tribal authority and to set up tribal borders is an outrage. Sign petition to reject two-government tribal rule

Does Mahuta have a two-govt plan for councils?

Will the review of local government launched by Minister Nanaia Mahuta head towards the two-government plan she is planning for central government?

As Maori Development Minister, Mahuta commissioned a working group to implement the United Nations Declaration on the Rights of Indigenous Peoples.  This recommended a radical  plan for two governments under a tribal monitoring committee.

The review of local government, announced on April 23 and to report back in two years, will focus on roles, functions and partnerships, representation and governance, as well as funding and financing.

What ratepayers need is a return to core services and abolishing the powers that allow duplicating council administration in the name of Treaty co-governance.

‘Rangitiratanga’, the Tribunal, and Maori kids

Of course, the Waitangi Tribunal would declare that “the Crown” had “breached the Treaty” in the way that Oranga Tamariki operates because that’s what that particular advocacy body does.

But we were curious on exactly how the Crown had breached the Treaty in the case of Maori children under that organisation's care.

The latest witch hunt against the agency that used to be known as Child Youth and Family, and before that Child Welfare, was launched after the uplift of a baby from a Hastings mother was captured in cellphone footage published by Newsroom.

If Article 3 of the Treaty promised to protect Maori, arguably the Crown would be breaching the Treaty by not doing anything when a child was suffering in an abusive environment.

But the Tribunal opined that the Crown failed “to honour the guarantee to Maori of the right of cultural continuity embodied in the guarantee of tino rangatiratanga (chiefly authority) over their kainga (village).” Oranga Tamariki in breach of Treaty

The Tribunal never says that the so-called “guarantee of tino rangatiratanga (chiefly authority)” was a concept they themselves created back in the 1980s when a Tribunal member created a “retranslation” of the Treaty which has since been used to justify grievances and compensation.

In a nutshell, the “tino rangatiratanga” in the document signed by the chiefs 181 years ago simply meant “complete possession”.

We think recommendations such as this show that the Waitangi Tribunal has outlived its use-by date.

Our petition which asks Parliament to amend the Marine and Coastal Area (Takutai Moana) Act 2011 to restore public ownership of the coastal area, put all claims through the High Court, and repeal customary marine title, while affirming customary rights has picked up 27,521 signatures. We need your support. The petition may be signed at https://www.change.org/beaches4all 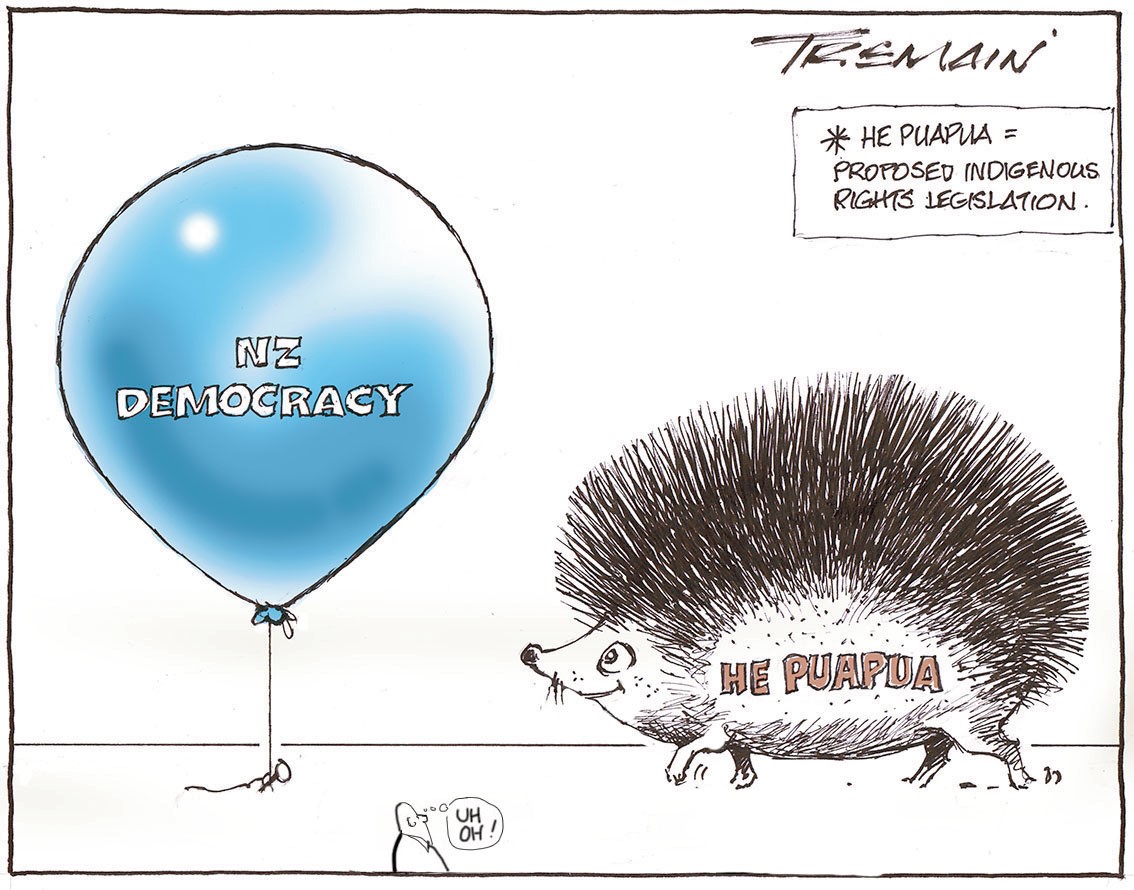