Electoral race-baiting clicks up a gear 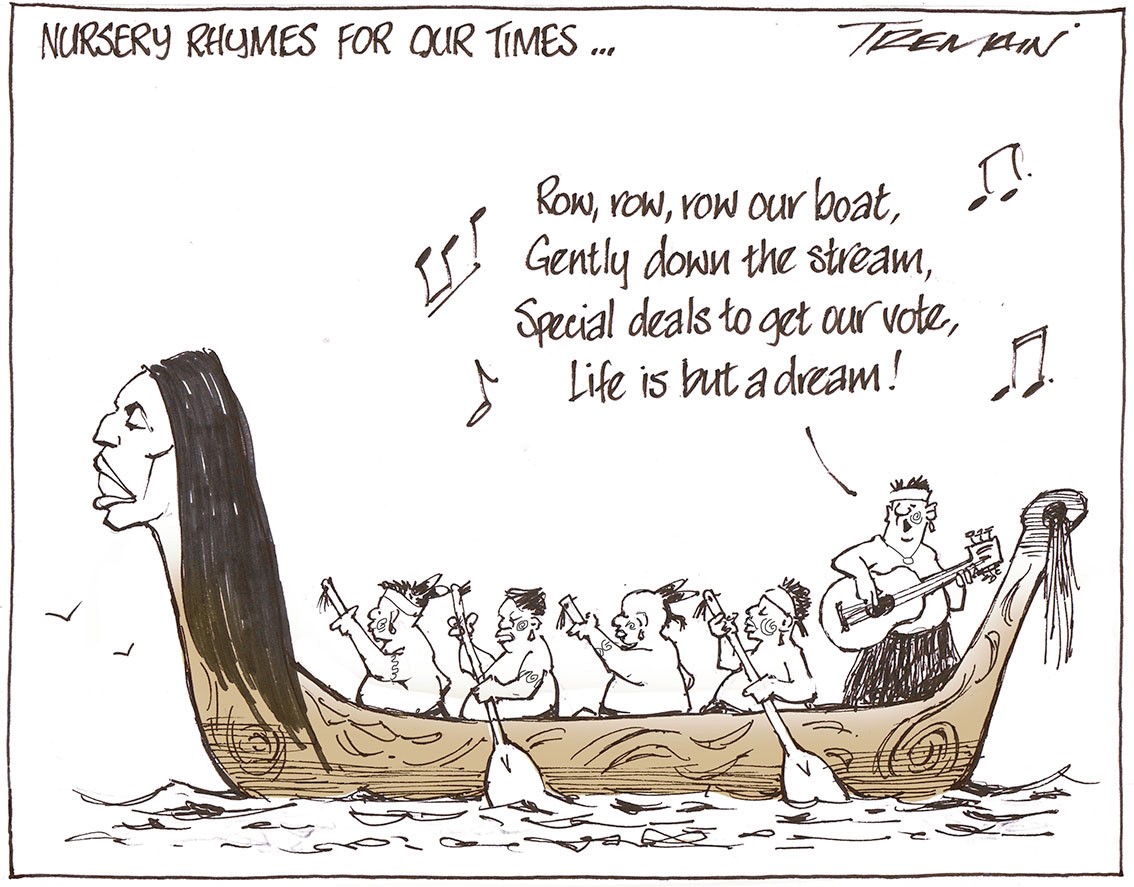 The smear sparked an immediate social media meme declaring that “the Maori Party are symptomatic racists”.

The racist allegation formed part of the launch of the party’s Whanau First policy which would mean a quarter of all Government funding for projects over the next two years to be delivered through the Maori workforce, businesses and organisations.

It would also guarantee a quarter of all Government projects - particularly those prioritised through the fast-track consenting process - would be Maori-led recovery projects and business recovery initiatives that partner with hapu, iwi and Maori organisations and Maori-led businesses.

It looks like Tamihere did a bit of rounding up to get to a claim for 25 percent because those who have Maori ancestry make up fewer than 15 percent of the population.

It is interesting to note that recipients would include organisations such as the Waipareira Trust, of which Tamihere is the CEO.

Since co-leader Deborah Ngarewa-Packer said "we know that it is going to shake the rednecks," it looks like the Maori Party is looking for a bit of redneck outrage to power up their bid to return to Parliament.

Last week Ngarewa-Packer tried to raise the Maori Party profile by launching a campaign to save us from colonial statues.

The Covid-19 Recovery (Fast-track consenting) Bill, which was introduced on Tuesday and for which midnight tonight is the deadline for submissions, gives “iwi/Maori” as much decision-making power over the projects as our democratically elected local governments.

The bill blocks the public from the resource consent process in relation to fast-track projects while elevating iwi/Maori.

But schedule 5, clause 3(2) creates an opportunity for iwi to direct outcomes to benefit their businesses.

Since iwi/Maori are already asking the government to prioritise their “shovel-ready projects”,  this bill would create the situation where Iwi could be both the developer and the consent decision maker, which is a clear conflict of interest.

Please take the time to make a submission via the Government’s online form here https://www.parliament.nz/en/ECommitteeSubmission/52SCEN_SCF_BILL_99143/CreateSubmission

Racism in NZ not limited to whites

It is quite wrong to assume that racism is peculiar to white New Zealanders, Hobson’s Pledge spokesman Don Brash wrote in the July edition of Elocal magazine at https://www.elocal.co.nz/.

The article titled The New Racism was written when worldwide protests erupted after a black American named George Floyd was killed when a white police officer knelt on his neck for nearly nine minutes, while three other police officers looked on.

When New Zealanders think of racism today, they have become conditioned to look for the racism of white New Zealanders against Maori New Zealanders.  And of course there has been plenty of that, Dr Brash wrote.

But there have also been high profile examples of other kinds of racism – as when Hone Harawira announced a few years ago that he would not want his daughter marrying a white New Zealander.

And further back in our history, New Zealand has a disgraceful record of racism against Chinese.

Today, in reaction to the racism towards those with a Maori ancestor we’re seeing the pendulum swing to a dangerous extent in the opposite direction.

In recent weeks, we saw the Police initially turn a blind eye to the roadblocks which iwi set up in many parts of the country – some 20 in all – ostensibly to protect Maori families from Covid-19, despite the Prime Minister making it quite explicitly clear that she did not want members of the public taking the law into their own hands.

And despite having this inconsistency drawn to her attention on numerous occasions, she refused to do anything about it.

We’ve seen reports that a number of District Health Boards are considering giving priority to Maori and Pacifika people needing healthcare simply because of their ethnicity.

Yes, there is racism in New Zealand, and we should all be working hard to eliminate it.  But it is quite wrong to assume that racism is peculiar to white New Zealanders, Dr Brash wrote.

Read the full article at https://www.hobsonspledge.nz/the_new_racism

A story that led the Northland Age on June 16 and was briefly displayed on the New Zealand Herald site, reported Ngapuhi kaumatua David Rankin saying that the Maori King's marae in Ngaruawahia should be dismantled.

The demand appeared during a wave of outrage about colonial statues that prompted the Hamilton District Council to remove a statue of Captain John Hamilton.

Rankin wanted the Turangawaewae marae dismantled because of activities of Waikato when they enslaved Rankin’s tribe, Ngapuhi.

Rankin said Waikato tribesmen disembowelled a Ngapuhi chief to get the corn out of his belly to plant crops.

The now-you-see-it-now-you-don’t story points to aspects of the real history of NZ that the politically correct don't want to talk about.

Our petition which asks Parliament to amend the Marine and Coastal Area (Takutai Moana) Act 2011 to restore public ownership of the coastal area, put all claims through the High Court, and repeal customary marine title, while affirming customary rights has picked up 23,417 signatures. We need your support. The petition may be signed at https://www.change.org/beaches4all Even if you have signed, you may follow the link to ask your social media friends.

Disputed private land at Ihumatao earmarked for housing remains untouched and its owners, Fletcher Building, appear crippled by a Maori claim and government inaction. Our petition for the Government to allow both Te Kawerau a Maki and Fletchers to proceed with their lawful business has collected 3030 signatures. If you have not done so already, please sign our petition at  http://chng.it/xPN6P55k