Billboards reminding voters how much the National-led Government has bent over backwards to satisfy separatist demands went up in Auckland and Wellington today.

The billboards were erected by Hobson’s Pledge, a group fronted by Auckland business manager Casey Costello and former National Party leader Don Brash to make equality of citizenship a key issue for this election. 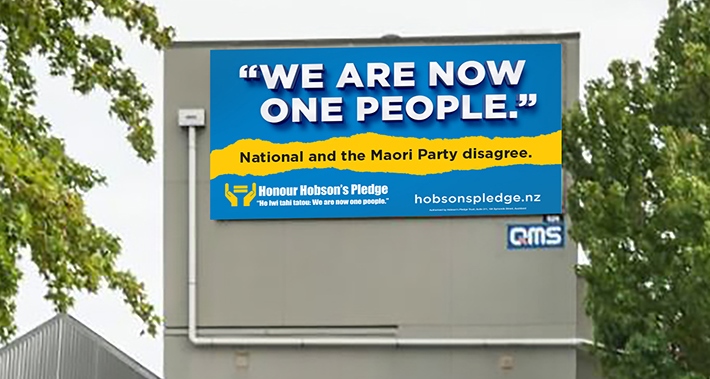 The billboards send a message that successive Governments have taken New Zealand further and further away from the kind of country that most New Zealanders want – one where everybody is equal before the law.

“As each chief signed the Treaty of Waitangi in 1840, Governor Hobson said ‘He iwi tahi tatou. We are now one people,” Ms Costello said.

“He did not say that iwi-hapu-whanau could apply for customary marine title for the coastal area,” she said.

“He did not say that elected councils would be required to invite iwi into Mana Whakahono a rohe iwi participation agreements.”

“He did not say that there would be separate Maori representation that would last more than 100 years past its use-by date,” she said. 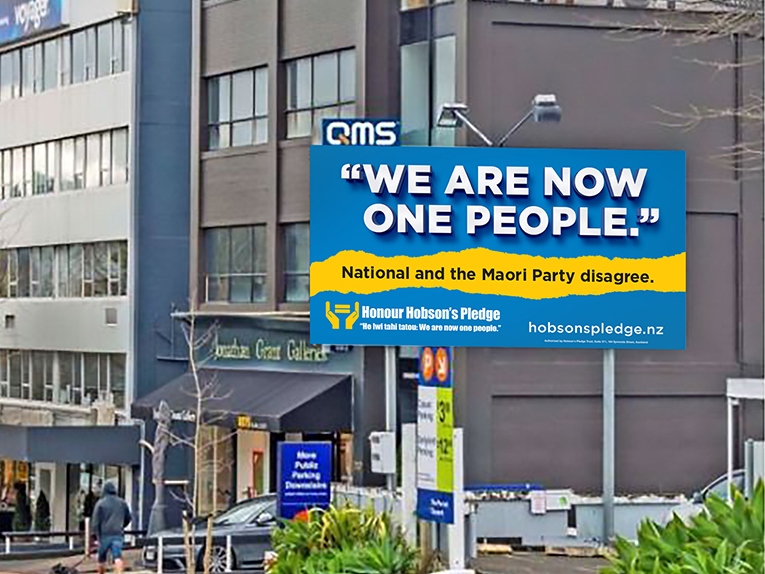 “The Treaty, which chiefs were invited to sign – and overwhelmingly did sign, guaranteed all New Zealanders the same rights and privileges”.

“It was an extraordinarily enlightened commitment for its time”, Ms Costello said.

“It happened nowhere else in the world, and we should celebrate it, and build our future on the objective of unity and equality before the law.” 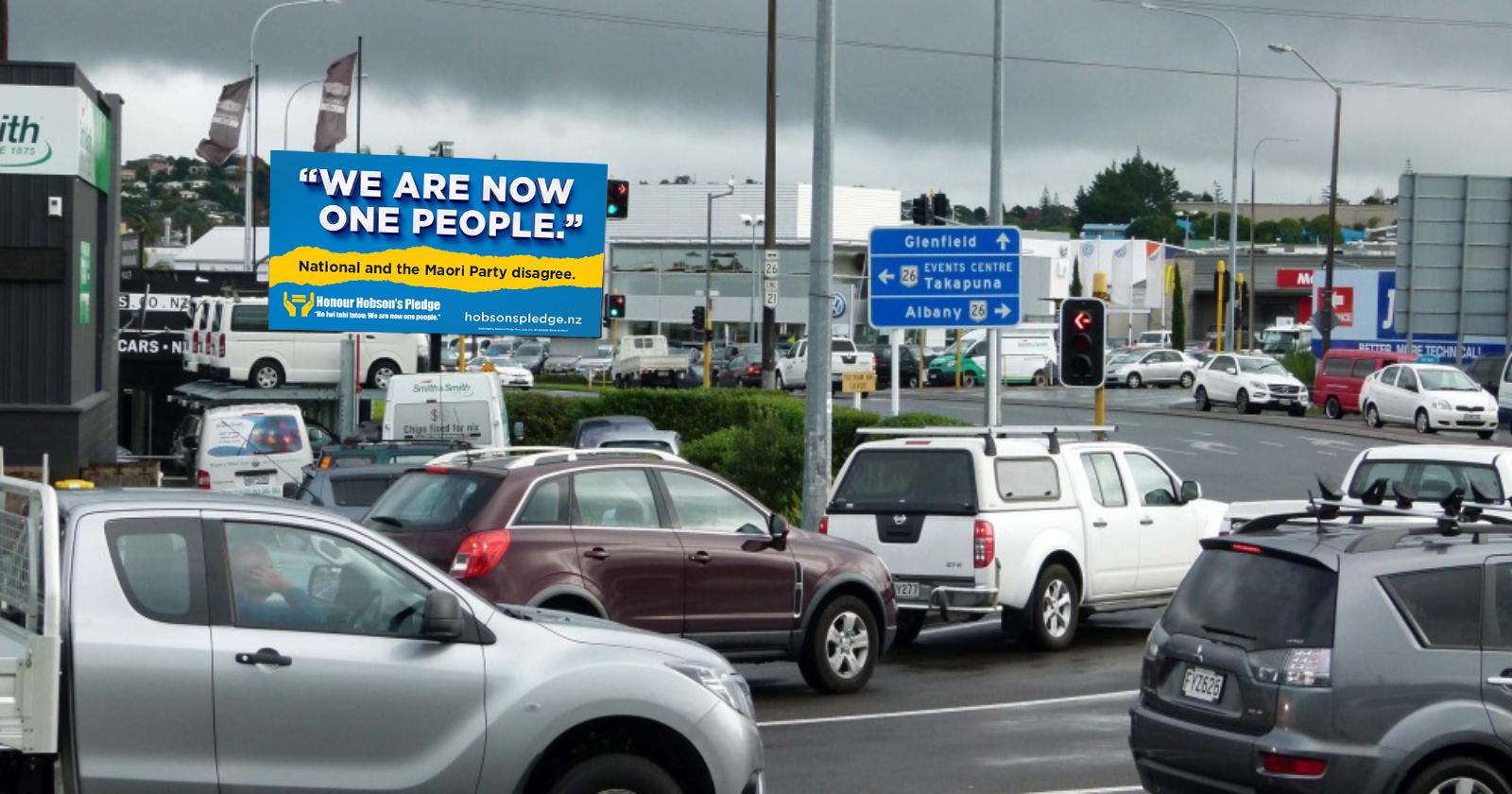 Ms Costello, who says she feels driven to step forward for both her Ngapuhi and Anglo-Irish ancestors, made it clear that New Zealand was doomed to increasing racial resentment if we continue on our present track.

“The objective for all of us must be on building a better future for ALL New Zealanders. The current differentiation by ethnicity is failing our most vulnerable and in need. We are one people, one democracy and one citizenship.” Ms Costello said.

“The loud voice of a few is forcing us into separatism.”