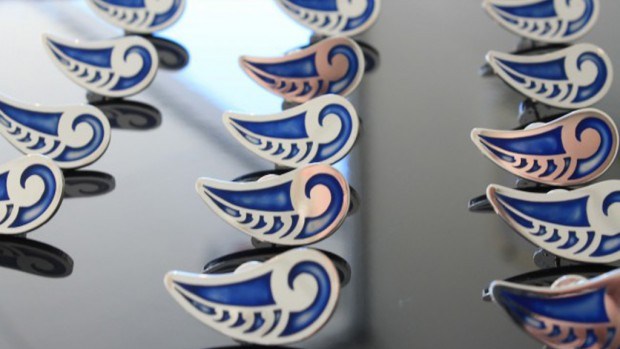 A 20-year push for separate Maori representation in local government has encountered stiff resistance, prompting strategies to impose tribal appointees with voting rights without requiring the agreement of citizens.

The first such push occurred at Environment Bay of Plenty, where three Maori seats were established in 2001. This was after extensive consultation and passage of the Bay of Plenty Regional Council (Maori Constituency Empowering) Act 2001. Maori roll voters may only vote for candidates standing in those seats.

Auckland almost had council seats reserved for Maori elected by Maori roll voters. Facing stiff opposition from former Local Government Minister Rodney Hide, the Maori Party pushed for and got a nine-member Maori statutory board as part of the Auckland Council amalgamation in 2009. (1)

There are seven “mana whenua” seats for Auckland Maori whose iwi are in Auckland. There are two for the “mataawaka” section to represent those whose iwi are based elsewhere.

Board members sit with voting rights, granted by over-zealous councillors, on 14 of the Auckland Council’s 18 council committees as well as on other steering groups and panels. Board membership “is by way of a selection and appointment process” according to the board’s website, with no further details provided.

Debate surrounding the Auckland Maori Statutory Board apparently prompted Human Rights Commissioner Joris De Bres to write to 78 councils nationwide, in 2011, asking them to consider the question of Maori seats.

The Waikato Regional Council added, in August 2012, two Maori constituencies to six general wards voters at the 2013 local body elections. The decision was made by council and there was no request for a poll.

The National-led government tried a different approach in 2012, by imposing a treaty settlement co-governance agreement on the Hawke’s Bay Regional Council.

The regional planning committee, set up under the Hawke’s Bay Regional Planning Committee Act, comprises 10 councillors and 10 iwi appointees with two chairs, one appointed by the council and one by iwi. The appointees are full voting committee members.

The absurdity of that arrangement is that there are only nine councillors on the Hawke's Bay Regional Council.

Meanwhile, opposition to a push for separate Maori seats continued.

New Plymouth mayor Andrew Judd lodged a complaint with the United Nations Permanent Forum on Indigenous Issues against the New Zealand government for permitting such a poll. He also urged Maori Party co-leader Te Ururoa Flavell to present a petition to Parliament to set up Maori wards on every district council in New Zealand without requiring a public vote. (8)

A push for a special iwi deal on the Rotorua Lakes Council began when the council lost an appeal in the Environment Court in May 2013, and was strongly criticized for “a significant dysfunction between council and iwi in the area.”

That council rejected Maori wards in November 2014, avoiding a poll, and instead, with local tribe Te Arawa, created the Te Arawa Partnership plan, which was approved in May 2015 despite heavy opposition. Accordingly, two representatives nominated by a new elected Te Arawa board will sit on the council’s two main committees with voting rights. The vote was carried 7-2.

Meanwhile, in August 2015, the top local government organisation, Local Government New Zealand, did a deal with the Freshwater Iwi Leaders Group to create a "Treaty partnership" partnership obligation for councils.(9)

The Masterton District Council in May 2016 approved the appointment of unelected iwi representatives, with voting rights, to its standing committees. Representatives from Wairarapa's two iwi, Kahungunu ki Wairarapa and Rangitane o Wairarapa, were appointed, each with speaking and voting rights, to its policy and finance, and audit and risk, committees. They also have speaking rights at full council meetings. (10)

Other councils followed, circumventing the ban on appointees voting on councils by delegating council business to the committees that the appointees vote on.

During local government elections in 2016, the Wairoa District Council revisited the question of Maori wards and polled residents, who voted 1727 to 1468 to introduce such wards for at least the two next elections. (11)

Ironically, 19 years earlier Mahuta spoke strongly in support of the Electoral Act 2002, which in 2021 she declared to be racist. (16)

Once polls were banned, 35 of New Zealand’s 78 councils either thought that racial voting on council was “bold and wise” or caved into activist pressure.

Maori wards were promoted as “allowing Maori a seat at the top table”, which gave the impression that Maori were somehow barred from standing for council. This is a false impression because there are and have been numerous Maori councillors for almost as long as there have been councils.

Facts that are never discussed are that:

The next step in the Maori ward campaign is 50 percent of council seats should be assigned to Maori roll voters to recognise so-called “Treaty partnership”. The push has already started.

A stocktake of council-iwi participation agreements posted on the Local Government New Zealand website shows an array of agreements on all but six of the nation’s 78 local bodies. The Waipa District Council in Waikato has six such agreements. Six councils in the South Island have no such agreements. (17)

Political rights in democracies rooted in Britain are based on citizenship and not ethnicity. These rights are for everyone regardless of race. The introduction of iwi appointees into local government undermines accountable democracy by stealth.

Click here to see our Separatist's Gallery, listing Councillors who have voted in favour of separatism and race based rights.