The Gathering Storm over the Foreshore and Seabed

The Gathering Storm over the Foreshore and Seabed 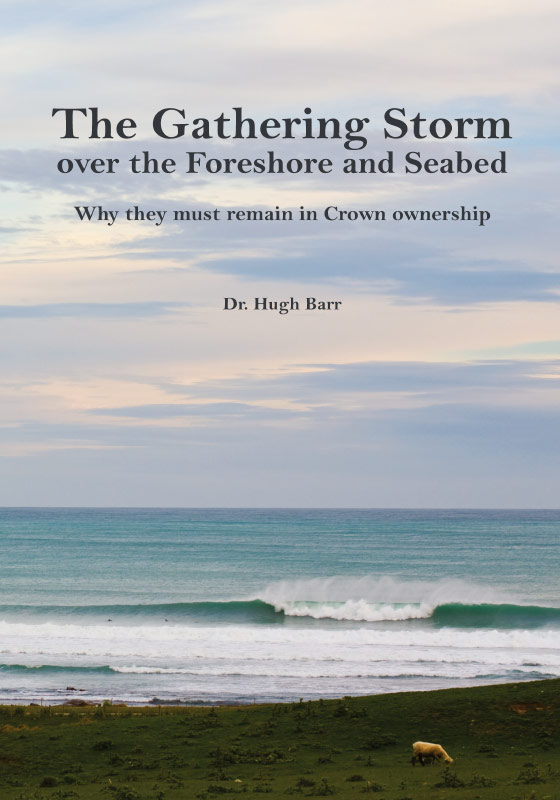 "This compact little volume gives a disturbing account of the political processes surrounding the foreshore and seabed issue and highlights the distorted impression conveyed to the public by politicians in order to curry favour with the Maori Party, whose votes are needed to keep National in power. Dr. Barr warns, 'The National Government's Act will compromise New Zealand's sovereignty and the integrity of our democracy by giving excessive, race based-powers over the foreshore and seabed'. His accounts of the conflicts of interest of Chris Finlayson highlight the lack of balance and fair-handedness involved since Finlayson was Ngai Tahu's treaty negotiator against government for many years. Further, Dr. Barr points out that, under the new Marine and Coastal Area (Takutai Moana) Act, Maori will be able to declare wahi tapu any sites they choose, with refusal of public access. This book should be carefully considered by everyone with a concern for public access to coastal areas and the need to prevent racially based legislation getting through Parliament."