A Government plan to implement the United Nations Declaration on the Rights of Indigenous Peoples (UNDRIP) intends to establish two governments in New Zealand by 2040, one for Maori and one for everyone else.

These two governments would be subject to a monitoring group created by tribes and chaired by a Maori sovereignty radical, according to the plan that was submitted to Maori Development Minister Nanaia Mahuta on November 1, 2019.

All of this was done quietly. The Labour Party did not campaign on this in the 2020 election.

We think the plan to divide New Zealand governance along racial lines and under tribal authority and to set up tribal borders is an outrage. We have set up a petition against this which you may skip to below if you are ready to sign.

On March 5, 2019, Prime Minister Jacinda Ardern and her Labour Government commissioned a working group to recommend how to implement the UNDRIP in New Zealand. Nearly a year later, in October, 2020, just 34 pages of the report were posted on the Ministry of Maori Development website.

A full version of the report obtained under the Official Information Act this month revealed 123 pages and the muddled thinking used to justify the plan.

The plan details a radical, two-government plan for New Zealand that is totally different to anything in UNDRIP’s 46 non-binding articles. The two governments are intended to be running in just 19 years.

The two-government proposal, presumably both central and local, is intended to consist of two overlapping spheres of equal authority, according to the diagram on page 11 of the plan.

There would be a sphere of solely Crown governance that includes Parliament, the Beehive, and the civil service, as currently exists, to govern the 4.5 million non-Maori citizens of New Zealand.

How big would be the sphere of solely Maori governance, equal responsibility, and of equal authority? Would that include a second Parliament, a second Beehive, and a second civil service, to govern the half million citizens with some Maori ancestry?

The two spheres would overlap creating a “co-governance sphere” in which the Crown and Maori share governance in “matters of mutual concern”.

A group named the Independent Monitoring Mechanism, which was established by the Iwi Chairs Forum in 2015 and led by the Maori sovereignty activist Margaret Mutu, as detailed on page three of the plan, has been pushing for an “implementation” of UNDRIP since 2015.

Progress towards two governments would be monitored by a group named the Aotearoa Independent Monitoring Group, presumably the same group that is currently chaired by Mutu.

There is nothing about two governments in UNDRIP’s 46 articles. The two-governments diagram appears in the 34-page version posted on the Maori Development website in October 2020.

There is no mention of the tribal monitoring group in the 34-page version.

It looks like UNDRIP is being used as a cover to implement the goals of the Maori sovereignty movement.

“Protecting Papatuanuku”, the Maori earth mother, is the first stated objective, shining an environmental light on the project.

Slipping in and out of untranslated Maori words and phrases, the action plan is a masterpiece of deceit.

This is most apparent in weasel-word references to the Treaty and Treaty principles, which are cited as the ultimate justification for what is proposed.

But the Treaty referred to in the plan, and the Treaty principles, are both versions concocted by the Waitangi Tribunal which bear little relation to the Treaty signed in 1840.

The other key justification is reference to Maori negative social indicators. To separate into a group poor, sick, and incarcerated citizens with some Maori ancestry is a clear case of "lies, damned lies, and statistics", and illustrates the persuasive power of numbers, particularly the use of statistics to bolster weak arguments.

So, without either a constitutional lawyer or a cost-benefit analysis in sight, like the Ardern Government has commissioned a small group of Maori sovereignty radicals who appear to be taking this as an opportunity to seize power.

The full plan prescribes intensive engagement with iwi, hapu, as well as Maori organisations and individuals only, and this may have been happening since November 1, 2019.

The spectacle of tribes setting up roadblocks to protect their “borders” during the Covid-19 lockdown last year, and the Government’s reluctance to enforce the law on the illegal roadblocks, suggests that the tribal border proposal was understood back then.

The plan is comprehensive and would end democracy in New Zealand as we know it. It includes:

To get a clear picture of the covert nature of this activity, compare this proposal for UNDRIP implementation with how the right to petition on Maori wards proposals was removed from law.

To outlaw such petitions, the Minister fronted, there was a media release with talking points, efforts were made to get the media onside, and a law change was pushed through Parliament under urgency.

Please contact your MP in an email including the link to the full He Puapua document below and ask whether they support or oppose the proposed UNDRIP implementation as detailed in the action plan.

Share this email with your friends, family, and contacts.

The uncensored He Puapua document, obtained under the Official Information Act, may be read here: https://d3n8a8pro7vhmx.cloudfront.net/hobsonspledge/pages/2328/attachments/original/1618615862/He-Puapua.pdf?1618615862 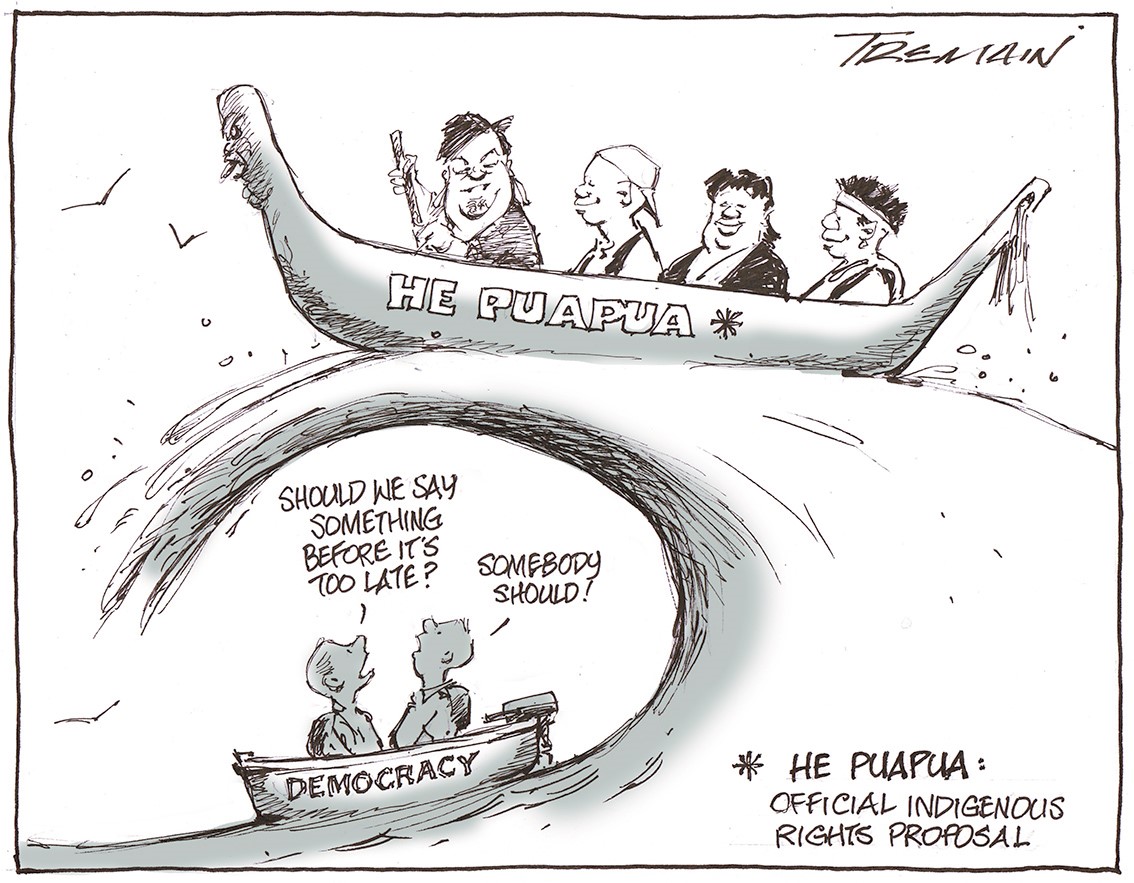