Iwi clauses will bog down consenting 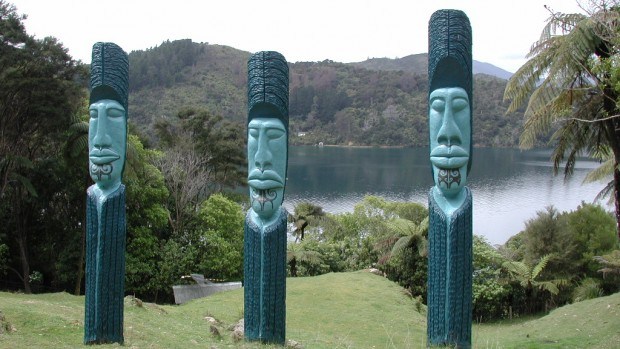 The Resource Legislation Amendment Act 2017, intended to streamline the Resource Management Act 1991, could slow down resource consents by potentially involving every tribe in every district in every decision.

The National Party only managed to get the contentious piece of legislation passed, on April 6, 2017, with the help of their two friends in the Maori Party.

The reform was to streamline the Resource Management Act 1991, a 314-page tome introduced by former Labour Environment Minister Geoffrey Palmer.

That Act gradually turned into an ogre, heaping costs and delays on anything to do with resource consents. It needed substantial reform.

The current National-led Government started this project soon after election to power in 2008 but due to pet hates, infighting, and Ministerial missteps, progress was difficult.

Lacking support to pass the bill, National Ministers, most notably the current Environment Minister Nick Smith, turned to their friends in the Maori Party who promised support in return for the addition of "iwi participation clauses".

Under these clauses, all local authorities within 30 days of election were required to invite iwi into so-called “iwi participation agreements”.

This drew heated opposition, most notably from Democracy Action in Auckland, which got a legal opinion from Franks Ogilvie to spell out the legal problems with the bill, which are:

Early in 2016, Winston Peters offered NZ First votes to get the legislation passed so long as the iwi clauses were dropped. There was no response.

The bill went to the Local Government and Environment select committee, attracting 764 submissions.

Submissions by Hobson’s Pledge members focussed on the iwi participation clauses (See the submission by Don Brash below).

All talk about the bill died away until November 9, 2016, when, under the cover of the hoopla of Donald Trump’s election to the United States presidency, Smith announced that agreement with the Maori Party enabled the RLA Bill to proceed.

The Mana Whakahono a Rohe: Iwi participation arrangements appear in Subpart 2, clauses 58 K to T of the bill.

One of the key drivers to the review of the Resource Management Act 1991 was to deliver a reduction in the bureaucracy and costs associated with development of land and effective use of resources.

At a time where housing is such a critical issue for all New Zealanders, these clauses could achieve exactly the opposite of what was intended in Resource Management Act reform by slowing the process, complicating decision making, and increasing costs.

Submission on the bill from Dr Don Brash

For many years, the National Party has stressed its commitment to reforming the RMA. In the first term of this current Government, some modest reforms were introduced. But it was always accepted that more fundamental reforms were needed.

In my written submission, I make reference to a speech by Dr. Nick Smith to the Nelson Rotary Club in January last year, and I’d urge members of the committee to read that speech in full.

He begins by noting that if the 80,000 pages of council resource management plans and rules were stacked on to of each other, the piles would be 10 metres high, and notes “there is not a single official anywhere who understands this huge pile of RMA plans and rules”.

He talks about the effect of RMA rules like the Auckland Metropolitan Urban Limit and notes that these rules are “the single greatest factor in driving house prices to all-time highs”. He quotes the example of a 29 hectare block of unimproved land in Flat Bush just inside Auckland Council’s urban limit which appreciated in value from $890,000 to $112 million in just over a decade to illustrate the effect which these rules are having.

He quotes the OECD study of the cost burden of environmental regulation, published in 2014, which found that New Zealand ranked as the worst of the 34 countries surveyed when it came to the administration burden of the RMA.

He gives lots of specific examples where the RMA has caused enormous cost and huge delays for no obvious environmental benefit at all.

And he was absolutely right. If I were asked what single measure the Government could take to raise the living standards in New Zealand, I would without hesitation answer “reform the RMA”.

In his speech, the Minister went on to outline the very substantial reforms he planned to make to improve the situation.

What is depressing in the extreme is how pathetically limited the reforms incorporated in the current Bill actually are. By common consent, the reforms barely scratch the surface of what is needed. Indeed, the improvements are so trivial that my friend David Seymour, a strong supporter of RMA reform, felt obliged to vote against the Bill in the first reading.

Worse still, even those extremely modest improvements have been bought at the cost of greatly extending the rights of those with a Maori ancestor to have a preferential involvement in the decision-making process.

The Bill now under discussion would vastly extend that preferential involvement for Maori by requiring local governments to invite iwi into “iwi participation arrangements”. This is surely a recipe for further delay, for corruption, and for anger on the part of the rest of the community at what is the most flagrant breach of the basic principle in every democratic society that all citizens should have the same legal rights. Every Member of Parliament who understands Article III of the Treaty should be appalled by this Bill.

A few years ago, a Leader of the National Party gave a speech in which he said:

“The Treaty created one sovereignty and so one common citizenship. Unless New Zealanders accept Te Tiriti o Waitangi at something much closer to it’s face value, we could destroy something unique… Maori were sovereign in 1840. But the Treaty of Waitangi fully conveyed sovereignty. Maori were prepared to cede their sovereignty because of the expected benefits of a common, non-segregated polity in New Zealand.”

And no, that former Leader of the National Party was not me – it was Bill English in 2002. He was absolutely right.

It is incomprehensible to me how a National Party-led Government could propose a Bill which violates every principle of democratic governance – particularly when the Party’s own constitution lists among its values “equal citizenship”.

It is even more incomprehensible that a National-led Government would persist with a Bill in its current form when Mr Peters has offered the Government a vastly better alternative – meaningful reform of the RMA provided that all reference to racial preferences for those with a Maori ancestor are removed.

Mr Peters made that offer in a speech to the Orewa Rotary Club in January, and repeated his offer in another speech in Auckland the following month, in case the Government hadn’t noticed his first offer.

The question I pose to the committee is, why on earth would a National Party-led Government not take up Mr Peters’ offer?