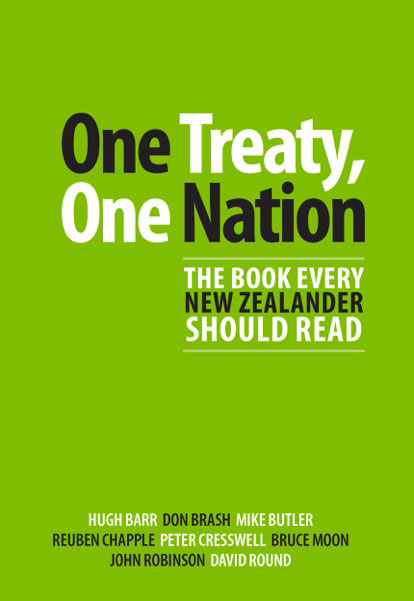 How did we get to this? Eight authors from a variety of political backgrounds - Hugh Barr, Don Brash, Mike Butler, Reuben Chapple, Peter Cresswell, Bruce Moon, John Robinson and David Round - explain it in this new, groundbreaking book - One Treaty, One Nation. They say:

Before 1840 was a veritable shambles