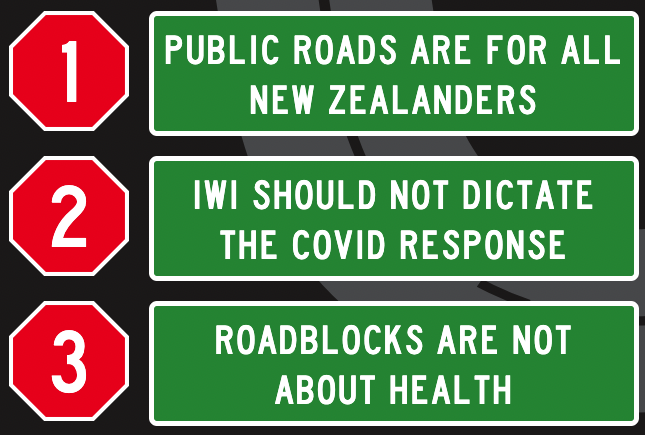 Donate to the campaign so we can hold the Government to account.

Every dollar donated on this page will be used to fight the Government's tribal control and race-based management of roadblocks.

Freedom of movement is assured by NZ Bill of Rights and it is a long tradition of the common law for it to be illegal to block public highways.

But now our roadways are being blocked contrary to public health and Government determinations. Someone travelling from south of Auckland to the North could potentially be stopped at three separate roadblocks!

We say it should be the Police and Health authorities deciding if COVID checkpoints are needed, and that they should be operated by the Police, not (as David Seymour described) "badged thugs".  Iwi deciding for whole regions who can and cannot enter and leave is a step too far for most New Zealanders.