The official name of our nation, New Zealand, is a vital and important part of our nation's collective history and culture. But our public servants, apparently under the instruction of Jacinda Ardern and Nanaia Mahuta, are now calling our nation Aotearoa or the ugly and clunky Aotearoa-New Zealand. Aotearoa is now used on official documents including our passports. This is an outrage. Such an important matter, the renaming of our nation, should only be made with our willing consent. 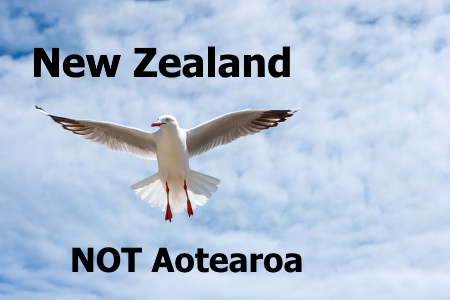 We must fight to preserve our cultural heritage: Jacinda Ardern and Nanaia Mahuta have no authority to change the name of our nation by stealth.

Please sign our petition below demanding that Prime Minister Jacinda Ardern publicly affirm New Zealand as the name of our country, and forward this petition to your friends, family and colleagues.

A majority of New Zealanders strongly oppose changing the name of our country - we must speak up.

Thank you,
on behalf of Hobson's Pledge