NZ Herald reads: “New anti-racism campaign featuring Taika Waititi launched by Human Rights Commission.[i]”  Perhaps this initiative reflects the height of a tsunami of countering racial prejudice, which has swamped New Zealand since the wave of protests in the US and globally, over the killing in police custody of George Floyd.

In New Zealand, it seems to me, that a group of Maori “influencers?” lead the charge.

Rahui-Pōkeka/Huntly kaumatua Taitimu Maipi, of Waikato Tainui, had said he was personally going to remove the statue of British Captain John Fane Charles Hamilton, who killed Māori in the Waikato land wars[ii] . In Gisborne, Captain James Cook’s statue defaced: “The graffiti said "Black Lives Matter and so do Maori" and "Take this racist headstone of my people down before I do". Swastikas were also sprayed on the statue[iii].”  Monday also carried a BBC story: “Lewis Hamilton criticises drivers and F1 for lack of anti-racism support at Hungarian GP[iv]”.

Perhaps this response is an early sign of, “blowback”, for as always in politics, the pendulum swings.  The danger is, how vengeful might be, a full-on racial blowback?   It happens.  Germany 1939 is one example and Right-Wing Nationalists rise again – no matter how much water Angie Merkle adds to her evening pinot noir.

But I also would suggest that in New Zealand, a latent “blowback” also simmers. Overwhelmingly, Kiwis I’ve had exposure to in recent months, find the racism against being white and our colonial past: “A pity”, at one end of the scale to, “Had a gut full”, at the other end:  As one former Cabinet Minister pointed out to me: “Contrary to contemporaneous claims, Captain Cook never killed any Maori in Poverty Bay.”

A commercial executive said: “Every time our roading projects encounters a different colour in the earthworks, we have to consult with Maori.  Invariable a claim is made that the earth is red because of Maori blood and we must pay money.”

Another manifestation of this racial tsunami is exposed in the concept of, “Partnership”, between Maori and the invaders.

An incumbent local council representative recently told me: “Everything we receive now is in Maori.  Next thing you know; we’ll have to hire translators so we white councillors will understand the script. This is reverse racism. Why not Chinese? They are a larger block than Maori, of Auckland’s population.”

However, in 2014, the Waitangi Tribunal claimed that the Maori chiefs who signed the Treaty agreed to share power and authority with Britain, but did not cede sovereignty – in other words, did not cede authority to make and enforce law over their people and territories. Historian and Treaty specialist Professor Paul Moon of AUT made clear at the time, the Tribunal’s conclusion was “manifestly wrong”.

Attorney General and Minister in Charge of Treaty Negotiations (Chris Finlayson), and somebody well known for having considerable sympathy for Maori aspirations, said in reaction to the Tribunal’s report, that there was “no question that the Crown has sovereignty in New Zealand”.

Of course, if one dares to raise indigenous rights, in the manner I have, one is immediately vulnerable to being labelled a racist.  And, am I?

As a former Red Squad commander who played a major role in defeating protests against racism during the 1981 Spring Bok Tour, perception condemns.   After all, this is the MP who challenged Prime Minister Jim Bolger live on Holmes TV over intentions to give Maori the right to arrest Kiwis who “trespassed on our foreshores!”

The problem with the theory that I’m a racist or anti Maori, is, that on my paternal side, I am a direct descendant of Chief Te Tuhi-o-te-rangi of Ngati Mahuta, and thereby of King Te Whereowhero of Tainui.

I also have Maori pedigree via my maternal side:  A Norwegian seaman Ole Olsen, jumped ship in the Hokianga and married a local Hei Hei wahine.

Reverting to the paternal pedigree of Meurant.  My French Gt Gt Gt grandfather rocked up in Kawhia in 1835 where he married Princess Kenehuru of Tainui.  Meurant became a ‘translator’.

When he and Kenehuru passed through Auckland en-route the signing of the Treaty of Waitangi, Ngati Whatua gave her 20 acres in recognition of her chiefly status. Later when the tile was converted to European, she received a certificate for 10 acres.

At that point the Crown stole 10 acres of land from my Gt Gt Gt Grandma.

During the quantification of assets by government departments as the privatisation process progressed in 1990ies, NZ Rail realised they had 10 acres they did not own.  That was the land had been stolen from Gt Grannie.

I became aware of this when two cuzy bros I never knew I had, came to my office in parliament while I was an MP, and presented this history.  I then assisted some distant relatives from Kawhia, whom I never knew I had, to file a Claim for recovery of the 10 acres.  To date the Tribunal has still not provided justice.

So!  When I say, I reckon that this bandwagon of racism, which many leap upon with alacrity, needs to be put in perspective, I do so not as a racist anti- Maori, but as a New Zealander concerned that re-writing history to suit contemporary agendas, will produce “blowback”,  when the pendulum swings. 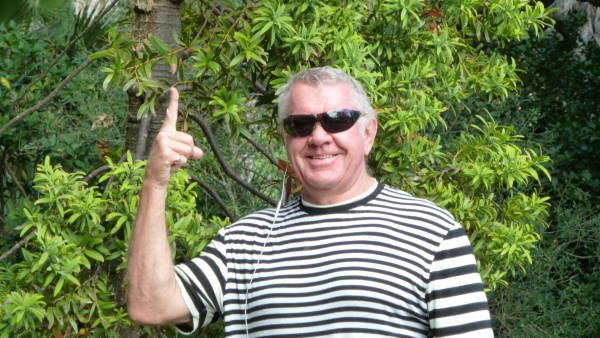